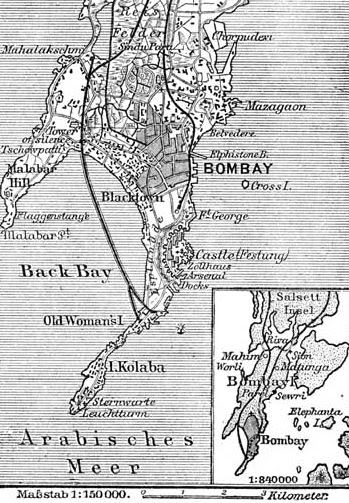 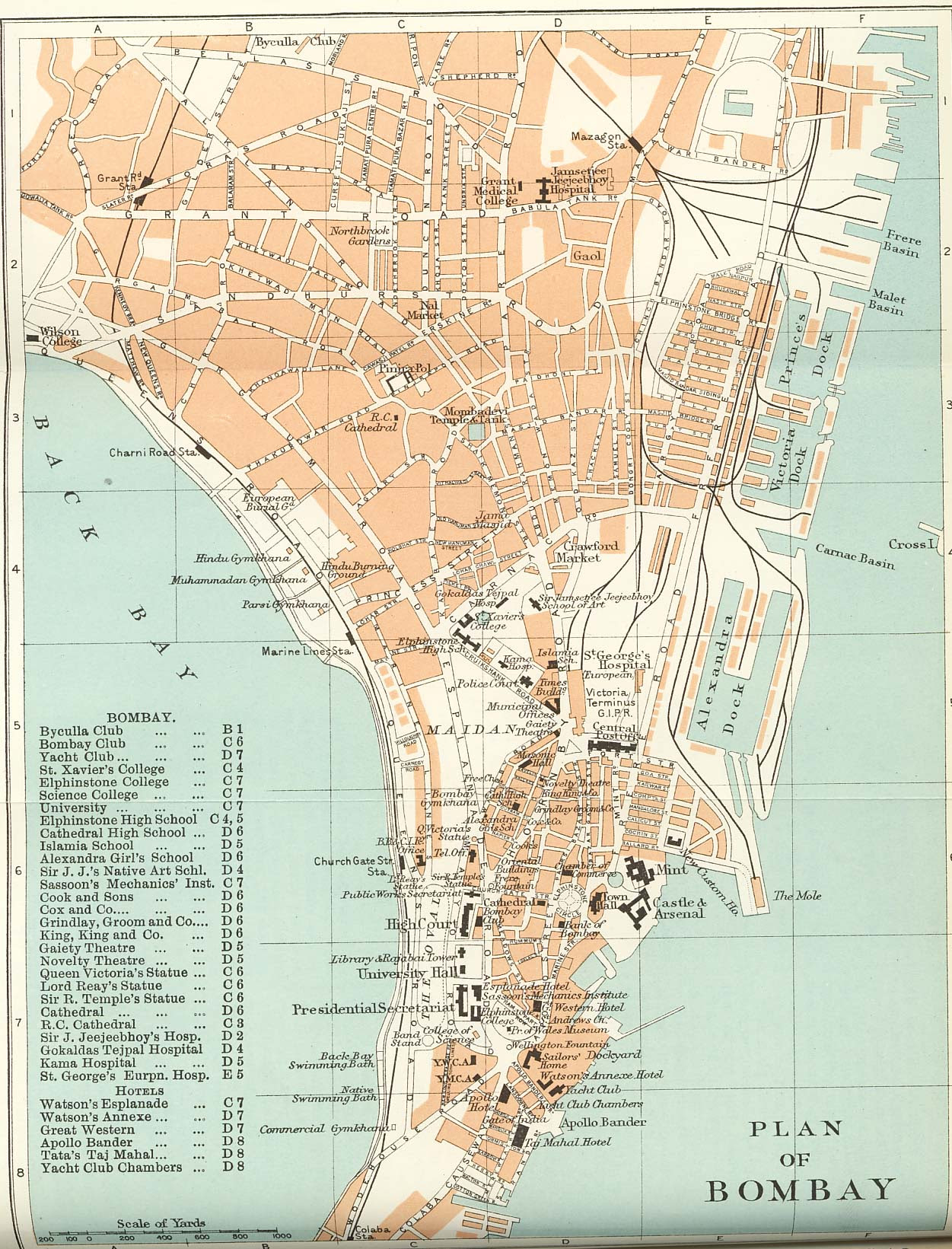 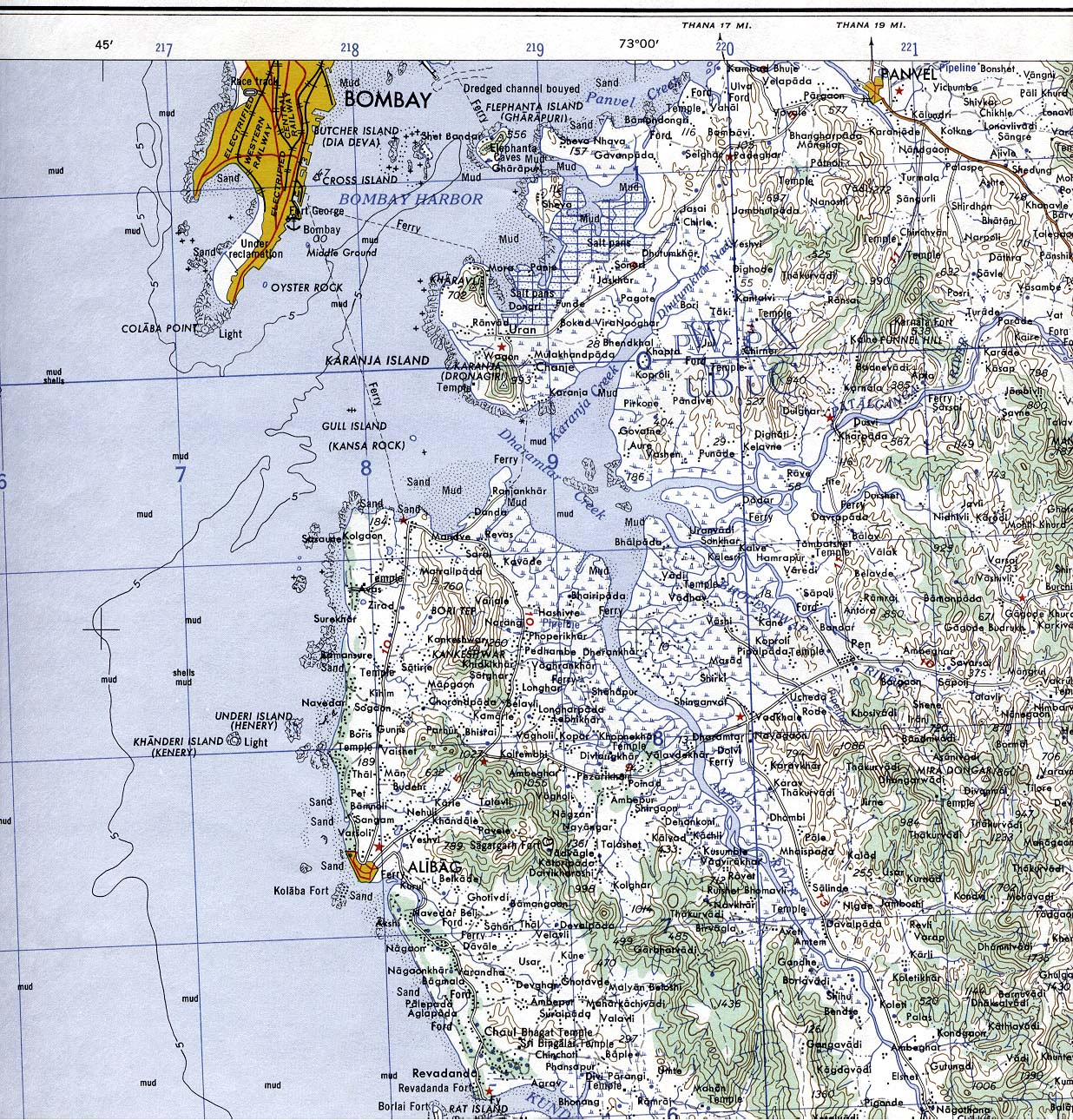 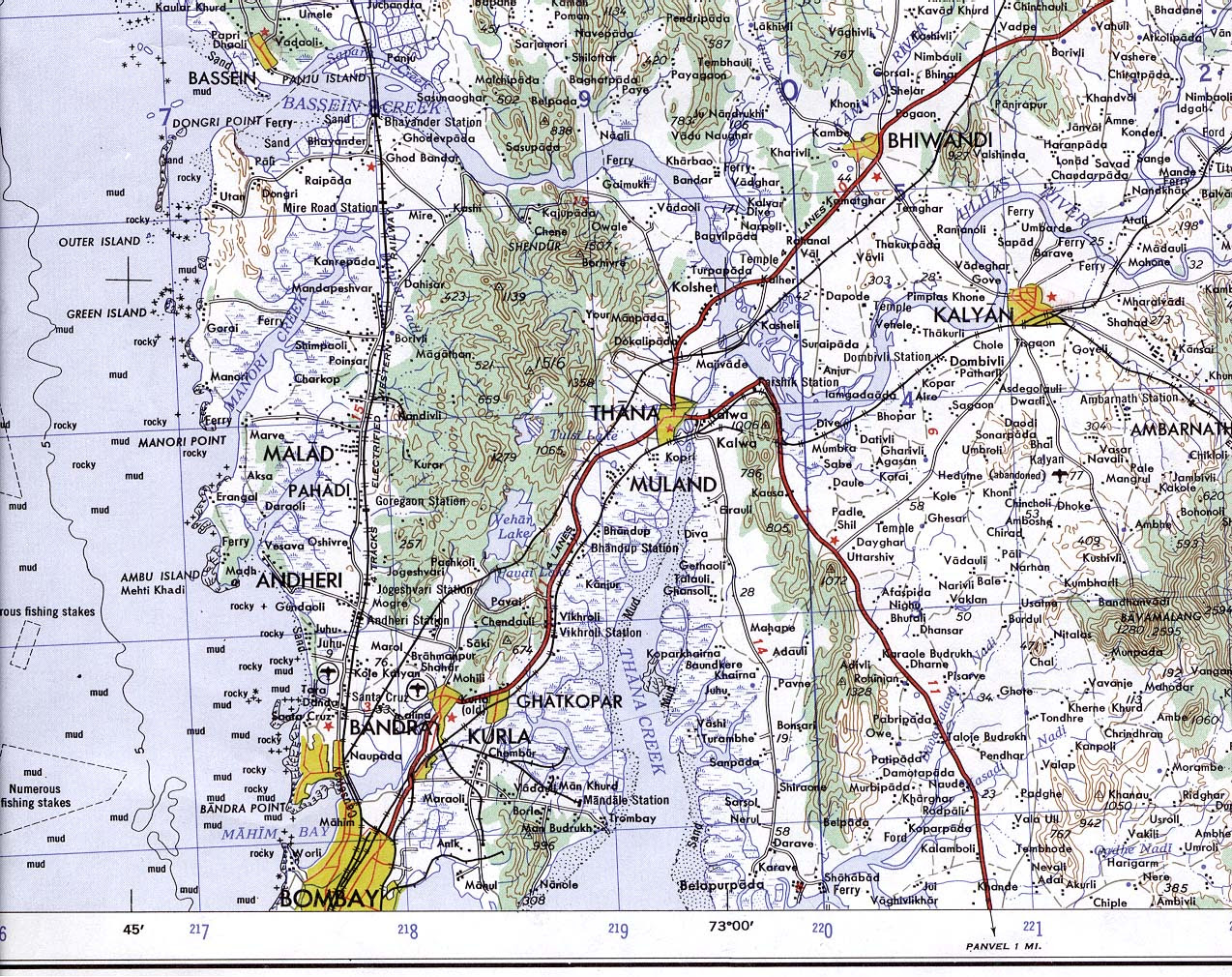 [Jews in Bombay'S HISTORY ]:-
IT MAY BE SURPRISING TO KNOW THE EARLIEST EUROPEAN OWNER OF BOMBAY WAS MR.GARCIA D'ORTA ;TO WHOM THE ISLAND WAS GIVEN ON A SMALL QUIT RENT BY THE PORTUGUESE VICEROY, PEDRO MASCERENHAS,BETWEEN 1548 AND 1554
Bombay enters Jewish history after the cession of the city to the Portuguese in the middle of the 16th century. Then a small fishing island of no great economic significance, Bombay was leased out around 1554-55 to the celebrated *Marrano[Marranos (Spanish: [maˈranos],  or 'secret Jews', Jewish people living in the Iberian peninsula, forced to convert to Catholicism-Christianity ]

, in recognition of his services to the viceroy. Garcia repeatedly refers in his Coloquios (Goa, 1563) to "the land and island which the king our lord made me a grant of, paying a quit-rent." 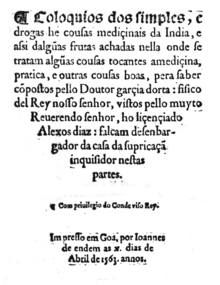 
Garcia de Orta was born in Castelo de Vide, probably in 1501, the son of Fernão (Isaac) da Orta, a merchant, and Leonor Gomes. He had three sisters, Violante, Catarina and Isabel. Their parents were Spanish Jews from Valencia de Alcántara who had taken refuge, as many others did, in Portugal at the time of the great expulsion of the Spanish Jews by the Reyes Catolicos Ferdinand and Isabella of Spain in 1492.
He studied medicine, arts and philosophy at the Universities of Alcalá de Henares and Salamanca in Spain. He graduated and returned to Portugal in 1523, two years after his father's death. He practiced medicine first in his home town and from 1526 onwards in Lisbon, where he gained a professorship at the university in 1530.
Perhaps fearing the increasing power of the Inquisition, and fortunately evading the ban on emigration of New Christians, he sailed for India in 1534 as Chief Physician aboard the fleet of the Viceroy Martim Afonso de Sousa. He travelled with the Viceroy on various campaigns, then, in 1538, settled at Goa, where he soon had a prominent medical practice. He was physician to Burhan Shah I of the Nizam Shahi dynasty of Ahmadnagar, and concurrently to several successive Portuguese Viceroys and governors of Goa: one of these granted him a lease of the island of Bombay, though he never lived there.

Garcia de Orta married a rich New Christian relative, Brianda de Solis, in 1543; the marriage was unhappy, but the couple had two daughters.Brianda de Solis was the lady of Bombay, the only lady-owner of an island that Camôes ever came to know. After the death of Orta’s mother, in 1557, the couple left Goa, to go and live in Bombay, and it must be here that Brianda welcomed not "Gama", but Camôes himself. There are some who say that there was no such island inhabited only by women, but the fact is that when Garcia de Orta , and his male retinue, traveled to the court of the Nizam, the island was peopled only by women. Brianda had two daughters, Beatriz and a younger one, and had at least three Indian maids - Antónia, Brianda and Leonor, who maybe went around half-dressed, just as many Indian women are depicted – and she had moreover at least one negro slave, called Joana. In 1549 his mother and two of his sisters, who had been imprisoned as Jews in Lisbon, managed to join him in Goa.

. According to a confession by his brother-in-law after his death, Garcia de Orta privately continued to assert that "the Law of Moses was the true law"; in other words, he, probably in common with others in his family, remained a Jewish believer. In 1565 the Inquisition was introduced to the Indian Viceroyalty and an inquisitorial court was opened in Goa. Active persecution against Jews, secret Jews, Hindus and New Christians began. Garcia himself died in 1568,
the Inquisition in Goa lasted 252 years, from 1560 until 1812, and were it not for the fact that Goa was occupied militarily by the British during the Napoleonic wars, I believe that the British had a lot to do, to banish this iniquitous organization, which sent to the stake, more than 39,000 people, not only "new Christians" (marranos), but also many Goans who had been Christianized, and were unjustly accused of venerating in secret their ancient gods

apparently without having suffered seriously from this persecution, but his sister Catarina was arrested as a Jew in the same year and was burned at the stake for Judaism in Goa in 1569. Garcia himself was posthumously convicted of Judaism. His remains were exhumed and burned in anauto da fé in 1580. The fate of his daughters is not known.


His remarkable knowledge of Eastern spices and drugs is revealed in his only known work,

Colóquios dos simples e drogas he cousas medicinais da Índia ("Conversations on the simples, drugs and medicinal substances of India"), published at Goa in 1563. This deals with a series of substances, many of them unknown or the subject of confusion and misinformation in Europe at this period.

He was the first European to describe Asiatic tropical diseases, notably cholera; he performed an autopsy on a cholera victim, the first recorded autopsy in India. Garcia de Orta reveals in his writings an unusual independence in face of the usually revered texts of ancient authorities, Greek, Latin and Arabic.
The book happens to include the first published verses by his friend the poet Luís de Camões, now counted as Portugal's national poet.

“FROM  THE  AUTHOR  TALKING  TO  HIS  BOOK,
and sent to Sr. Martim Afonso de Souza.
My trusty book, from here you go;
With one good cause I console myself
On seeing you bear your breast
To the sharp blade at every corner:
Which is, that I send you to be examined
By a gentleman who, from pole to pole,
Is the only one in whom wise Apollo
Has shown the same strengths as the warrior Mars.
There you will find true justification,
With the force of reason, or of daring,
That one virtue will not annul the other;
In front of you the palm and the olive tree
Tell you that only he gives equal value to both
The bloody armour and the white toga
Garcia de Orta's work was soon recognized across Europe when translations appeared in Latin (then the scientific lingua franca) and other languages. Large parts of it were included in a similar work published in Spanish in 1578 by Cristóbal Acosta, Tractado de las drogas y medicinas de las Indias orientales ("Treatise of the drugs and medicines of the East Indies"

After the transference of Bombay to English rule the Jews Abraham *Navarro expected to receive a high office in the Bombay council of the East India Company in recognition of his services. This was, however, denied to him because he was a Jew.

In 1697 Benjamin Franks jumped Captain Kidd's "Adventure Galley" in Bombay as a protest against Kidd's acts of piracy; his deposition led to Kidd's trial in London.

The foundation of a permanent Jewish settlement in Bombay was laid in the second half of the 18th century by the *Bene Israel who gradually moved from their villages in the Konkan region to Bombay. Their first synagogue in Bombay was built (1796) on the initiative of S.E. *Divekar.
Waves of Jewish immigrants: Cochin Jews, Syrian and Mesopotamian Jews

*Cochin Jews strengthened the Bene Israel in their religious revival. The next largest wave of immigrants to Bombay consisted of Jewish merchants from Syria and Mesopotamia. Prominent was Suleiman ibn Ya'qub (Ya'qūb) or Solomon Jacob whose commercial activities from 1795 to 1833 are documented in the Bombay records. The Arabic-speaking Jewish colony in Bombay was increased by the influx of other "Arabian Jews" from *Surat (Sūrat), who, in consequence of economic changes there, turned their eyes to India.

Jewish immigrants: Baghdad Jews in 1833
A turning point in the history of the Jewish settlement in Bombay was reached with the arrival in 1833 of (col. 1192)

the Baghdad Jewish merchant, industrialist, and philanthropist, David *Sassoon (1792-1864) who soon became a leading figure of the Jewish community. He and his house had a profound impact on Bombay as a whole as well as on all sectors of the Jewish community. Many of the educational, cultural, and civic institutions, as well as hospitals and synagogues in Bombay owe their existence to the munificence of the Sassoon family. 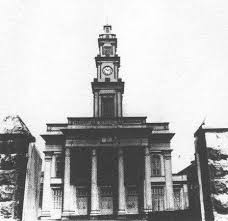 Unlike the Bene Israel, the Arabic-speaking Jews in Bombay did not assimilate the language of their neighbours, Marathi, but carried their Judeo-Arabic language and literature with them and continued to regard Baghdad as their spiritual center. They therefore established their own synagogues, the Magen David in 1861 in Byculla, and the Kneseth Elijah in 1888 in the Fort quarter of Bombay. A weekly Judeo-Arabic periodical, Doresh Tov le-Ammo, which mirrored communal life, appeared from 1855 to 1866. Hebrew printing began in Bombay with the arrival of Yemenite Jews in the middle of the 19th century. They took an interest in the religious welfare of the Bene Israel, for whom - as well as for themselves - they printed various liturgies from 1841 onward, some with translations into

Marathi, the vernacular of the Bene Israel. Apart from a shortlived attempt to print with movable type, all this printing was by lithography. In 1882, the Press of the Bombay Educational Society was established followed in 1884 by the Anglo-Jewish and Vernacular Press, in 1887 by the Hebrew and English Press, and in 1900 by the Lebanon Printing Press), which sponsored the publication of over 100 Judeo-Arabic books to meet their liturgical and literary needs, and also printed books for the Bene Israel. 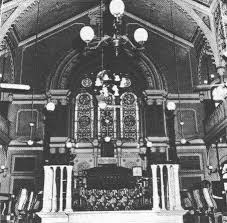 The prosperity of Bombay attracted a new wave of Jewish immigrants from Cochin, Yemen, Afghanistan, Bukhara, and Persia. Among Persian Jews who settled in Bombay, the most prominent and remarkable figure was Mulla (Mullā) Ibrahim *Nathan (d. 1868) who, with his brother Musa (Mūsā), both of *Meshed, were rewarded by the government for their services during the first Afghan War.

The political events in Europe and the advent of Nazism brought a number of German, Polish, Rumanian [[Romanian]], and other European Jews to Bombay, many of whom were active as scientists, physicians, industrialists, and merchants.