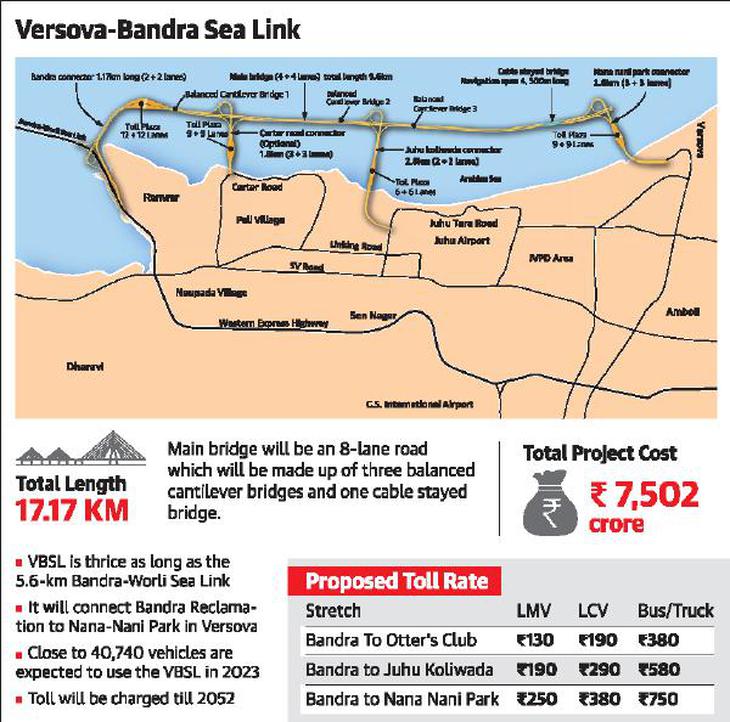 The consortium of Reliance Infrastructure and Astaldi S.p.A of Italy have successfully bid to construct the 17.17-km Versova-Bandra Sea Link (VBSL) for Rs. 6,993.99 crore, beating those made by L&T-Samsung JV and Hyundai Development Company-ITD JV. The tender was floated by Maharashtra State Road Development Corporation (MSRDC).
The bid amount is higher than estimate of Rs. 6,426 crore made by Louis Berger, who were appointed in January as consultants. “The proposed cost was increased to a little over Rs. 7,000 crore due to a steep rise in steel prices, and the interest to be paid on the mobilisation of the advance amount (5%, or Rs. 350 crore),” a senior MSRDC official said.

The VBSL is thrice as long as the 5.6-km Bandra-Worli Sea Link, and will run from Bandra Reclamation to Nana-Nani Park in Versova. It will connect to Carter Road and Juhu Koliwada. Close to 40,740 vehicles are expected to use the VBSL in 2023, mostly cars, and commuters may have to pay Rs. 250 for the entire stretch. Officials said construction will start after the monsoon, and is expected to be completed by 2023. Toll will be charged till 2052, according to initial projections.
The MSRDC will be providing around five hectares in Juhu Koliwada for a casting yard. The official said clearances for the land should come in a few months, and Reliance Infrastructure is also looking for more sites along the coast. “We will give them the option to take the land. It is up to them to decide whether they want to take it or not.”
The VBSL is part of the Coastal Road project. The BMC is executing the south end of the project, which will connect Princess Street, Marine Lines to the Bandra Worli Sea Link.
BMC had made a provision of Rs. 1,500 crore in its current budget, and the tendering process is on. 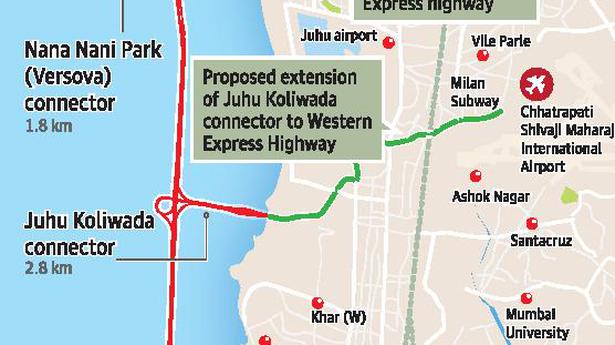 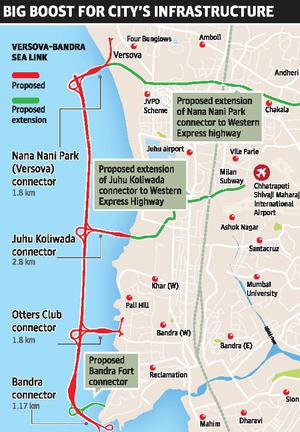 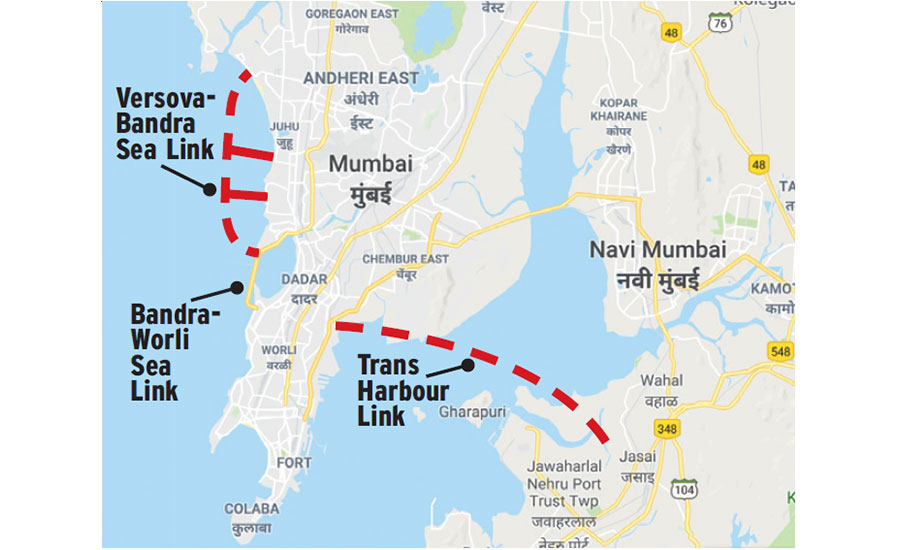 Mumbai: The Reliance Infrastructure and Italian firm Astaldi’s joint venture has won the bid for Versova-Bandra Sealink. Reliance Infra has already been awarded the bid for 32.32-km-long Wadala-Ghatkopar-Thane-Kasarvadavali Metro.
This sea-link project, worth about Rs 7,500 crore, is expected to be completed within five years. In 2016, this same project was worth Rs 5,500 core. “It has been assured to us that the project will be completed in four years. RInfra and Astaldi combine has won the bid but it will take a month before the Maharashtra State Road Development Corporation board endorses it,” said an MSRDC official.
In December 2017, the Anil Ambani-led Reliance Infrastructure had replaced its Chinese partner for the sea-link project. Reliance was one of the five companies that had bid for the sea-link work. Like Reliance, other Indian companies had gone for a JV, too. This project was first proposed in 2009, but after the idea of coastal road was floated, it was abandoned. Now, this project has gained momentum, since there is a delay in the coastal road project due to opposition from environmentalists and Juhu residents. Since then, the cost of the project has gone up substantially.

Work on Versova sea link to start next month. 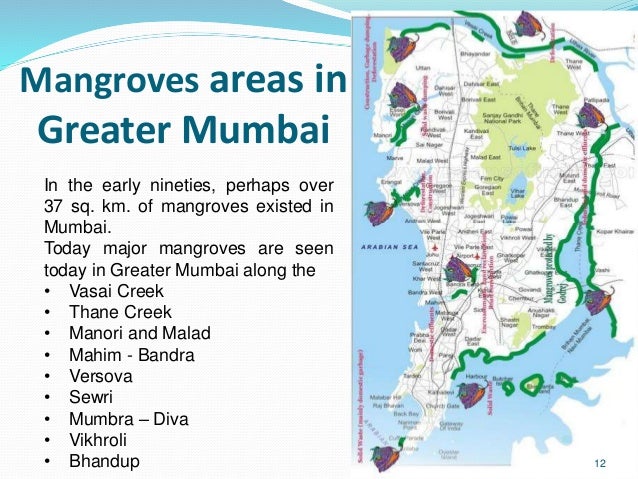