THE PERSIAN WAR .THE CHARGE OF THE BOMBAY CAVALRY AT THE BATTLE OF KOOSHAB

In the context of the Great Game — the Anglo-Russian contest for influence in Central Asia — the British wished for Afghanistan to remain an independent country friendly to Britain as a buffer against Russian expansion towards India. They opposed an extension of Persian influence in Afghanistan because of the perception that Persia was unduly influenced by the Russians. The Persians had repeatedly attempted to acquire Herat by force, most recently in 1838 and 1852; both times British opposition had convinced them to back down prior to war. They made a fresh attempt in 1856, and succeeded in taking the city on 25 October, with Russian encouragement and in violation of the existing Anglo-Persian treaty. In response, the British Governor-General in India, acting on orders from London, declared war on 1 November.

After the arrival of the C-in-C, the force advanced inland and defeated the Persian field army at Koosh-Ab on 8 February 1857. The Poona Horse carries a Standard surmounted by a silver hand and bearing a Persian inscription captured at Koosh-Ab, in commemoration of the brilliant charge of the 3rd Bombay Light Cavalry which broke into enemy infantry and decided the fate of the day. The honour was awarded vide GOGG 1306 of 1858 and spelling changed from Kooshab vide Gazette of India No 1079 of 1910. 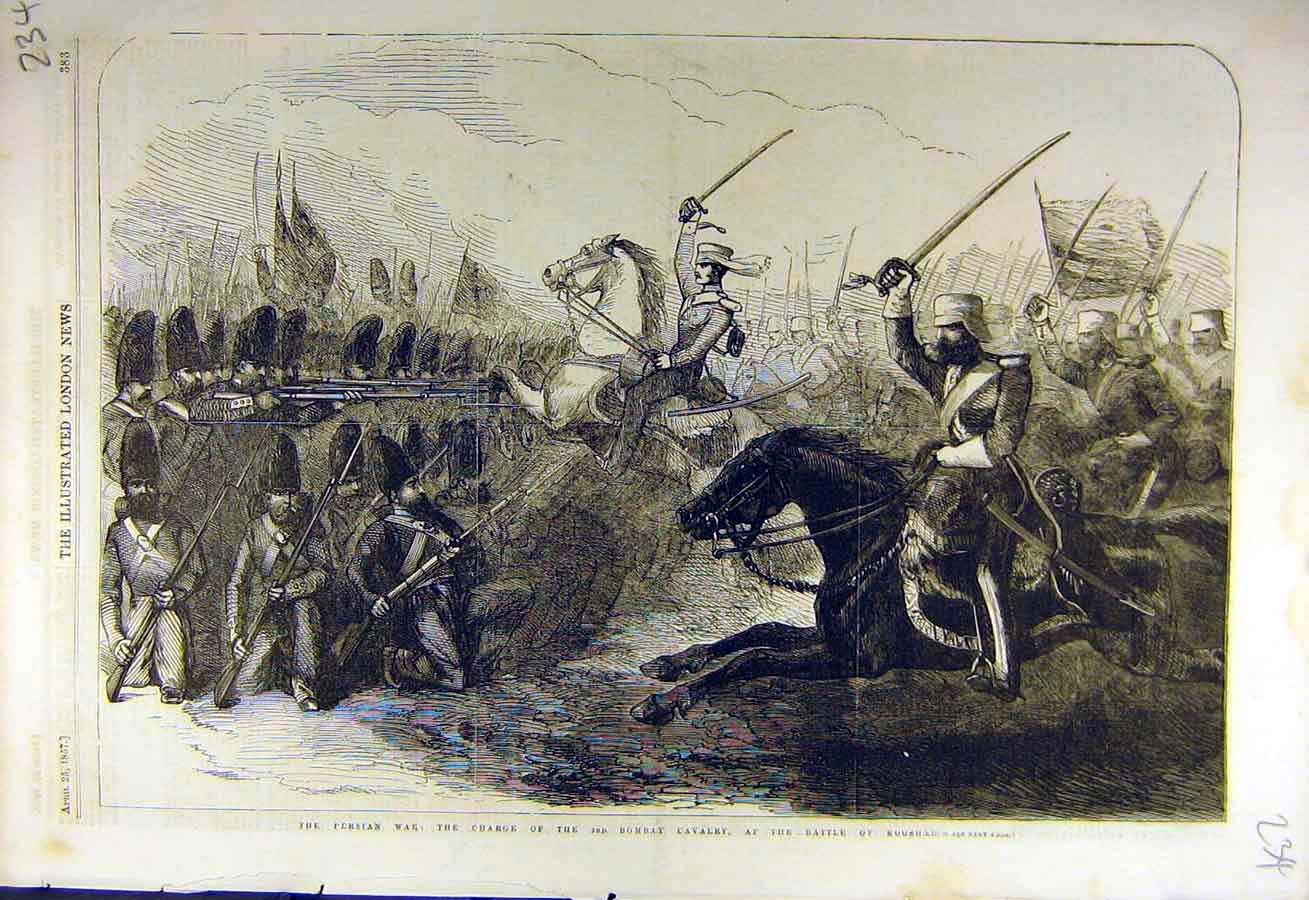