The boundaries of Greater Mumbai as defined by the BMC's preparatory study for Development Plan (DP) 2014-34 do not include over 24 sq km, or 6,000 acres, of land belong to the region, experts say. The study records 458.28 sq km in the existing land use (ELU) map instead of the previously acknowledged 482.74 sq km, they say. Urban planners and architects are concerned about the missing area and say the BMC's omission would leave the land vulnerable to exploitation."We want that the area of Mumbai should be comprehensive and all inclusive. Over the years, new lands have been created by land filling and siltation in the creeks. These additional lands have to be included into the area calculation of Mumbai," said architect P K Das.A mapping of Mumbai's eco-sensitive areas and open spaces was conducted by PK Das & Associates and Mumbai Waterfronts Centre in 2012. According to it, the total area of Mumbai is 482.74 sq km."The state government had asked the BMC's Development Plan department to reconcile our figures with that of Group SCE (consultants who conducted the BMC's DP study) a year ago. An exercise was jointly carried out and Mumbai's area was acknowledged as 482.74 sq km. Yet the BMC continues to publish it as 458.28 sq km... All rivers, creeks, saltpans and mangroves must be mapped," Das said.

Environmentalist Debi Goenka, executive trustee, Conservation Action Trust, explained that the BMC boundaries were last drawn in the 1960s. No legislation has been passed since then to extend the boundary. The BMC's figure of 458.28 sq km dates from a 1968 revenue map issued by the state government.Das said siltation occurs in creeks because of which mangroves and mudflats expand. But a civic official said, "Land formation is because of silt deposits but we cannot include those areas. According to revenue records, mangroves and wetlands are separately marked as water bodies."

while skyscrapers have come up in these areas, slums continue to languish

short cut to Mumbai VIA Delhi,U.P.;Aurangabad !!! {all these places connected with terrorist activities}

READ MORE Mumbai Port Trust|J&K Youth Held For Trespassing
MUMBAI: A 30-year-old youth from Jammu & Kashmir was arrested for allegedly trespassing into Mumbai Port Trust's prohibited area.
CISF personnel on Thursday found the accused, Jameel Malik, walking on tracks at New Yellow Gate near Karnak Bunder bridge. He gave vague answers during investigations, following which he was taken into custody and interrogated.
He told the police he arrived in the city on Wednesday and was staying in Chunabhatti. He said he was a teacher and
had visited Dongri's Islamic International School for syllabus as he wanted set up a similar institute in J&K. "Cops found clothes, a SIM card and the syllabus-related document on him. "
We have arrested him for trespassing and entering restricted area
. He has said he was looking for a shortcut and was unaware of the prohibition, to Dongri from the Milet Bunder,
" said Krishna Prakash, additional commissioner. tnnA week ago Mailk had traveled to Delhi from Kashmir and landed in Mumbai after visiting Uttar Pradesh and Aurangabad.

pakistan is still interested to bring mumbai to its knees .now it is the ports and navy they are looking for terrorism 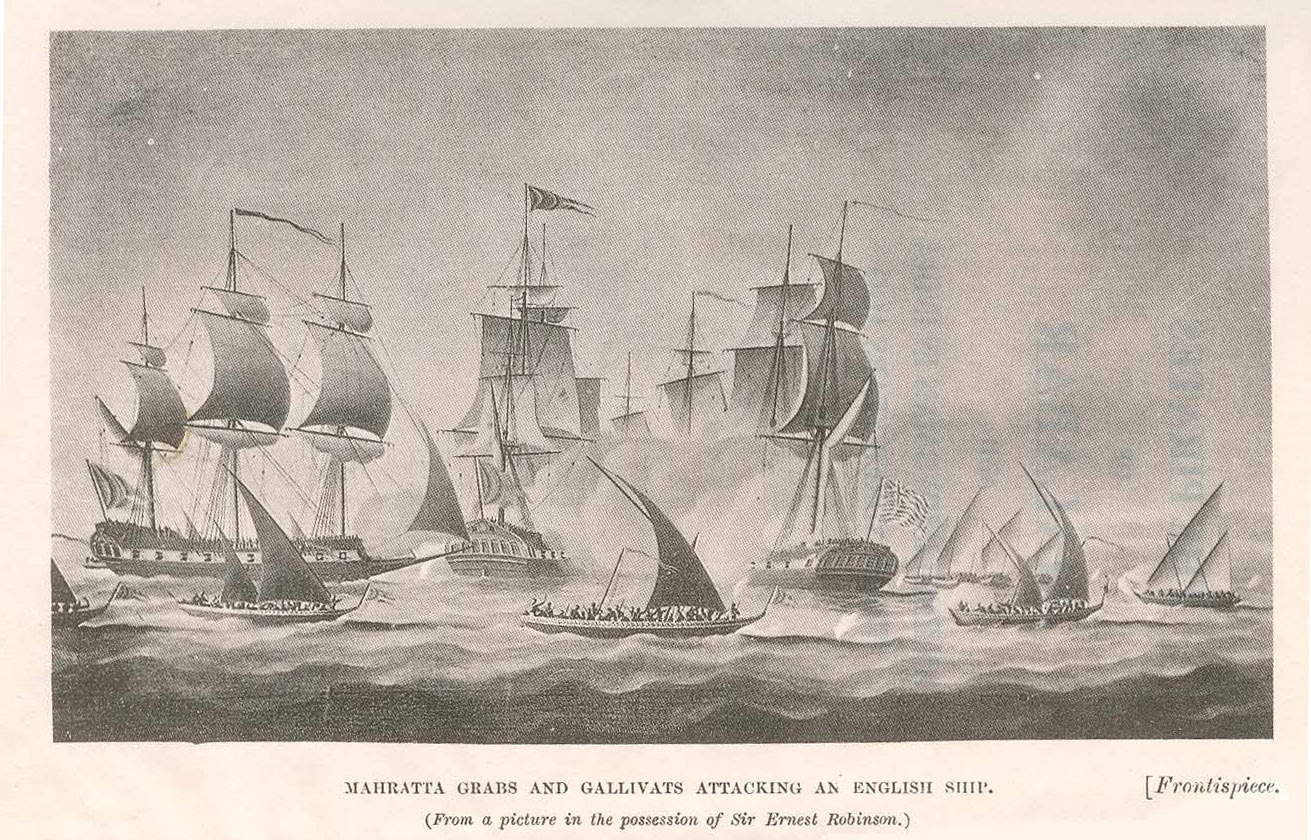 
Verify if netas got flats under CM quota in Versova: HC

READ MORE Mhada|Versova
MUMBAI: The Bombay high court on Wednesday directed the state government to verify if members of a housing society of MLAs and MLCs in Versova also got flats under the CM's discretionary quota.

A division bench of Justice Abhay Oka and Justice M S Sonak gave the directions while hearing a PIL public interest litigation by activist Ketan Tirodkar on double allotments in a family.

The government's affidavit stated that the society, Rajyog, does not fall under the 2% quota. But Tirodkar gave the instance of an MLC's wife's name figuring in the Urban Land Ceiling (ULC) Act quota. Prosecutor Jayesh Yagnik said the land was given on a concessional rate to house the legislators.

"It is mandatory that even those members have to file affidavits declaring that they or their spouses do not have flats in Mumbai or have under the 2% or 5 % quota," said Tirodkar. He cited the example of Nyaysagar, a society for judges, where some judges withdrew their membership on the same ground. The state's affidavit stated that it has identified 14 cases of double allottees under ULC and 10 cases where same person or spouse got allotments under ULC and MHADA quotas.

The judges questioned what action the government proposes to take against the double allottees including prosecution and cancelling their allotments. Yagnik said action has been taken against 3 out of 14 double allottees. On Tirodkar's submission that the list of double allottees has names missing, the judges directed the State to inform if names have been left out. The matter will be heard next on February 24, 2014.

MUMBAI: Five years after the worst-ever terror attack on the city, it was found that the crisis-ridden home department was able to procure a meagre 2,000 bulletproof jackets for the two-lakh-odd police personnel in the state.

After the terror attack on November 26, 2008, it was found that high-ranking police officials Hemant Karkare, Ashok Kamte and Vijay Salaskar were killed in the attack as they were not wearing bulletproof jackets.

Leader of the opposition Eknath Khadse said the state government had spent a large amount on the modernization of the police force, but its priorities were wrong.

"It spent money on buying swanky vehicles, which have not been used even once after their procurement. Our efforts to procure bulletproof jackets and install a CCTV network in the metropolis are grossly inadequate," Khadse said.

Khadse said if state bureaucrats and the DGP's office were unable to procure bulletproof jackets, the Centre should be approached. "We should entrust the task to the centre and procure the bullet proof jackets from such agencies, which have been approved by the central security agencies,'' Khadse said.

A home department official said that on several occasions tendering to procure the jackets was started, but no decision was taken owing to disputes over quality.

The home department even failed to procure bomb disposal suits despite the entire payment of Rs 8 crore having been made.

MUMBAI: Not just Ghatkopar and Thane, Central Railway's Mumbai division has been directed to ensure that there are no abrupt discontinuation (like gaps) or any infringement (like signal poles) on platforms that can endanger the lives of commuters.

The Commissioner of Railway Safety (CRS) of Central Circle has asked the authorities to comply and submit a report within two weeks.

Central Railway has finally begun work to fill up the pit at Ghatkopar's platform No 2 through which student Monika More, 16, fell and lost both arms. "We have decided to shift the signal horizontally by 1.5 meters and the junction box from the pit can be shifted to the middle of the tracks," said CR's divisional manager Mukesh Nigam.

Safety commissioner Chetan Bakshi told TOI: "There is no violation of the Schedule of Dimension (of platforms) in the case of Ghatkopar as the train was stopping well short of the signal. However, such discontinuation of platform is not desirable."

At Thane, another pit lying unattended for close to two years was finally covered. Workers from the railways' civil works department filled the ditch with debris and levelled it off with cement blocks. By Thursday afternoon, the signal box was also shifted, leaving behind a smooth platform surface.

The 10ftx3ft ditch was created after signal pole S68 was shifted following a mandate that equipment on platforms must be 4.7m away from the centre of the track.

Epitomizing railways red tape, the department relocating the signal shifted the pole but didn't move the allied equipment from the platform. It also didn't inform the civil works department and thus the gap was left unattended for almost two years.

Mumbai: Commissioner of Railway Safety (CRS) has instructed Central Railway's Mumbai division to ensure that there is neither any abrupt discontinuation of the platform nor should there be any infringement that can endanger the lives of commuters.

CRS of Central Circle has asked the railway authorities to remove any such abnormalities and submit the report within two weeks.

CRS Chetan Bakshi told TOI, "There is no violation of the SOD in the case of Ghatkopar as the train was stopping well short of the signal. However, such discontinuation of platform is not desirable."

Central Railway has already begun work to fill up the pit at Ghatkopar Platform No 2 because which the accident victim Monika More fell and lost both her hands.

CR's divisional railway manger Mukesh Nigam said, "We have decided to shift the signal horizontally by 1.5 meters and junction box from the pit can be shifted in the middle of the track."

At Thane, the pit, which was lying unattended for close to two years was finally covered. ailway workers from the civil works departments started work on Wednesday afternoon and filled the ditch with debris and mud and leveled it off with cement blocks. By Thursday afternoon, the signal box was also shifted leaving behind a smooth platform surface.

A 10 feet x three feet wide ditch was created after signal pole (S68) was shifted away from the tracks following a mandate which said equipments on platforms must be 4.7m away from the centre of the track. "The department involved in relocation of signals shifted the pole but didn't move the allied equipments. They failed also to communicate the same to the civil works department that led to the gap being left unattended.