Happy when we feed those who starved us @15 famines 🙋🙋🙋

https://www.banburyguardian.co.uk › News › People
24-Dec-2020 — Prabhu Natarajan dressed as Santa and spent six hours on Saturday December 19 dancing and giving away toys and bags of sweets to ...

Prabhu Natarajan dressed as Santa and spent six hours on Saturday December 19 dancing and giving away toys and bags of sweets to children in the community.

Prabhu Natarajan dressed as Santa and spent six hours on Saturday December 19 dancing and giving away toys and bags of sweets to children in a Banbury neighbourhood.

His neighbour in a Banbury community, Tracy Hextall, believes he should be nominated for an award for his service to the community.

She said: "The fact that they have done so much for the community in such a short space of time is amazing. He has done food parcels for struggling families throughout the pandemic, raising money and donated to food banks.

"It really is admirable and such a selfless thing to do. It's really humbling to see.

Matthew Hextall collects a present from Prabhu Natarajan, who dressed as Santa to help raise the Christmas spirit in his Bretch Hill, Banbury neighbourhood

"I saw so many children go and visit him. I think the word really got around what he was doing, which was great. He was out there in the rain and shine and did it all day with a smile on his face."

Prabhu gave away nearly all the 166 toys and gifts he had set out in the garden of his Bretch Hill home. He also raised nearly £700 on the day and through an online Just Giving fundraising page he set up.

He plans to give £116 to five families in need, and another £116 to the Froude family. Luke Froude recently ran his tenth 10k in memory of his son, Finnley Froude, who would have turned 10 years old this year. Luke Froude and his wife, Gemma, have raised money in memory of their son, Finnley Foude, every year for the last decade for the Support for Sick Newborns And their Parents (SSNAP) charity.

Prabhu said: "It was really good people came. I am thankful for my neighbours. They were really supportive. 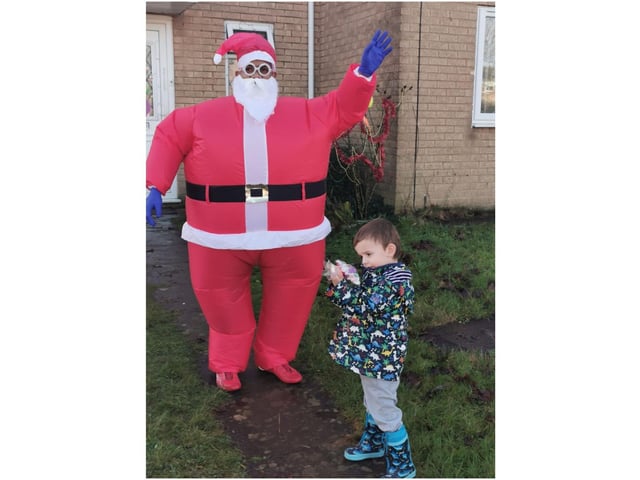 Matthew Hextall collects a present from Santa, Prabhu Natarajan, in the Bretch Hill neighbourhood of Banbury

"In the UK people celebrate Christmas and New Year's in a very big way. In India we celebrate festivals in a different way.

We decided to bring Santa and happiness to the community."

It's not the first time this year Prabhu has given his time and money back to the community.

Prabhu and his wife, Shilpa Natarajan, spent most of their seventh wedding anniversary last month buying 'essential' items for isolation food packs and then delivering them to people around Banbury throughout the day. Then a few weeks later he collected and delivered 606 items to make several dozen isolation packs for families in need during the ongoing Covid-19 pandemic.

The 606 number comes from Prabhu wanting to help people whilst also marking his son, Addhu's sixth birthday coming up on January 18, 2021.

Tracy added: "Me and my children went down twice. I went down with my 2 year old and he got given sweets and a toy, and then I went down with my daughter to contribute to his donation box, which is all going to help feed families over Xmas and a box of chocolates for his family.

"My 2-year-son, Matthew, thoroughly loved it, and has asked to go back down and see him again. I've had to explain that Santa has gone back to the North Pole to help the elves."

Banbury father and son to dress as super heroes as they give ...

https://www.banburyguardian.co.uk › News › People
15-Jan-2021 — Prabhu Natarajan and his son, Addhu, plan to dress as Mr Incredible and Captain America respectively as they give away 18 packets of food ...

As part of celebrating his seventh wedding anniversary a Banbury man purchased 'essential' food items and then personally delivered the food to nearly 30 families in isolation around town. 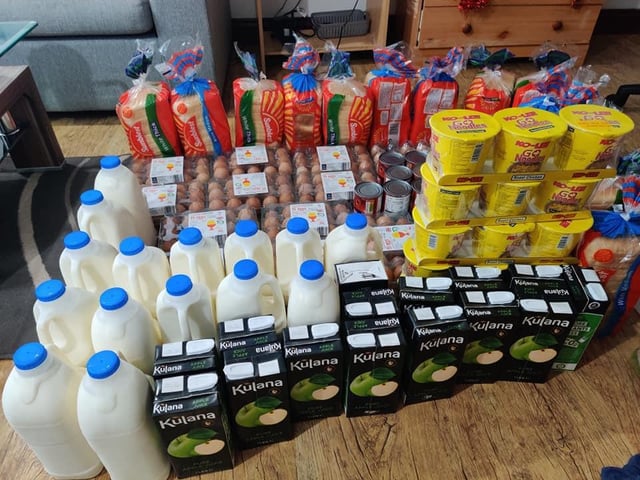 Some of the essential food items purchased by Prabhu Natarajan, which he then delivered to nearly 30 families around Banbury on his seventh anniversary.

Prabhu and his wife Shilpa Natarajan spent most of their Saturday giving to others in need during the ongoing Covid-19 lockdown. Saturday November 14 also marked the seventh wedding anniversary for Prabhu and Shilpa Natarajan. They have a son, Advaith Prabhu (Addhu), who is five years old.

Prabhu said: "On Saturday I went to Farmfoods and Aldi, and I bought many of the essential items like eggs, milk and soup."

He took on some strange looks from fellow shoppers on Saturday while he bought a dozen or more of the 'essential' food items. 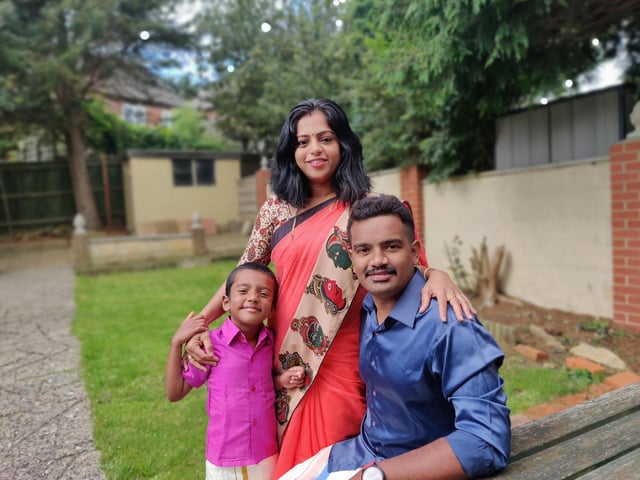 He said: "I am not a panic buyer. I told them 'this is for a good cause.' I told them (the stores) 'I am doing this for charity. It's not for my family.'"

Prabhue posted a message on Facebook, which said: "During this period of lockdown when many of us are struggling to find a source of income and few are isolating, we would like to help the needy by giving few a daily essentials as a token of love on our 7th wedding anniversary. Shilpa Balachandran....

"I have packed 15 packets, each packet containing apple juice, tomato cream soup tin, instant noodles, milk, white bread and 15 eggs. If you know anyone pls message me. I can go and deliver adhered to social distancing."

Prabhu used the food to make food packs, which he personally delivered throughout most of the day finishing his last delivery around 8.30pm Saturday. He then delivered a few of the food packets the following day, Sunday November 15. By the end of the weekend Prabhu had delivered nearly 30 food packets.

But this morning, Monday November 16, he found nearly 300 messages from people asking for help had arrived in-box on Facebook messenger.

Prabhu said: "Lots of people are really having a tough time. I wanted to do something good for the community.

"A few people in isolation offered me money, but I told them I didn't want any money.

"I never thought there were this many people struggling. I thought the food I bought would have to go back to the Banbury fridge.

"All people should join hands and do something for the community."

Prabhu is already planning another way he can help people in need in the community to coincide with his son's sixth birthday in January 2021.

The Bengal Famine: How the British engineered the worst ...

Timeline of major famines in India during British rule - Wikipedia

https://en.wikipedia.org › wiki › Famine_in_India
The first major famine that took place under British rule was the Bengal Famine of 1770. About a quarter to a third of the population of Bengal starved to death in ...
‎British rule · ‎British response · ‎Famine Codes · ‎Bengal famine of 1943

Timeline of Major Famines in India during British Rule

(PDF) Major Famines in India during British Rule: A Referral ...

Viewpoint: How British let one million Indians die in famine ...

Famines in British ruled India: Their Causes and ...

The Political Economy of Famines during the British Rule in ...

https://worldfinancialreview.com › the-political-econom...
30-Jul-2020 — Since independence, India had virtually eliminated famines, which were supposed to be caused by crop failures. However, during colonial rule, ...

https://www.lse.ac.uk › Assets › Economic-History
PDF
by T Roy · Cited by 5 — more than half of India was ruled first by the British East India Company (until 1858), ... attribute past famines to 'colonialism' whenever India pops up in the list. ... 15 David Hall-Matthews, 'The Historical Roots of Famine Relief Paradigms' in ...

https://storymaps.arcgis.com › stories
26-Sep-2020 — The first of the major famines of this era was the Bengal Famine of 1770. During this time, Bengal was under the control of the British East India ...