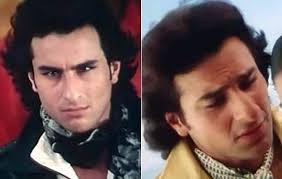 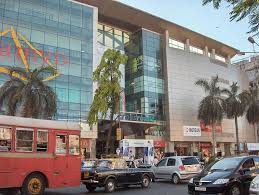 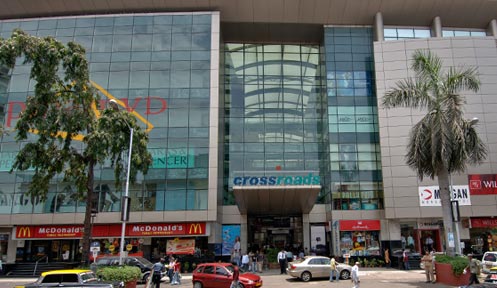 1990's story:-with mcdonalds' at the entrance-where i met this young man standing alone ,forlorn in just ordinary dress leaning against the wall near ,{as he was new in the film industry;i could not immediately identify him }.so i asked few school boys who were getting his autograph to find out his real identity

now he won't be able to repeat the act !!because he is a great film actor
people may ask why he stood in front of a mall for publicity?
answer is- that was the first and only mall in MUMBAI at that time -people used to crowd there from all corners of MUMBAI to see a Mall!! there was so much crowd that police were called to control the crowds
later the management decided only people with a mobile phone can enter the mall
why?
becuse very few people had mobile phones and it was considered a great privilege and fame to own a mobile phone  !!!
================================================
NOW RENAMED SOBOMALL--seen below

MUMBAI: It achieved the unique distinction of being the city's first mall in 1999.

Twelve years later, Crossroads, rechristened Sobo Central after it changed hands, is in for a major makeover.Apr 10, 2012


First mall may make way for tower - Times of India

Bean there, not done it yet! | aartimohite02