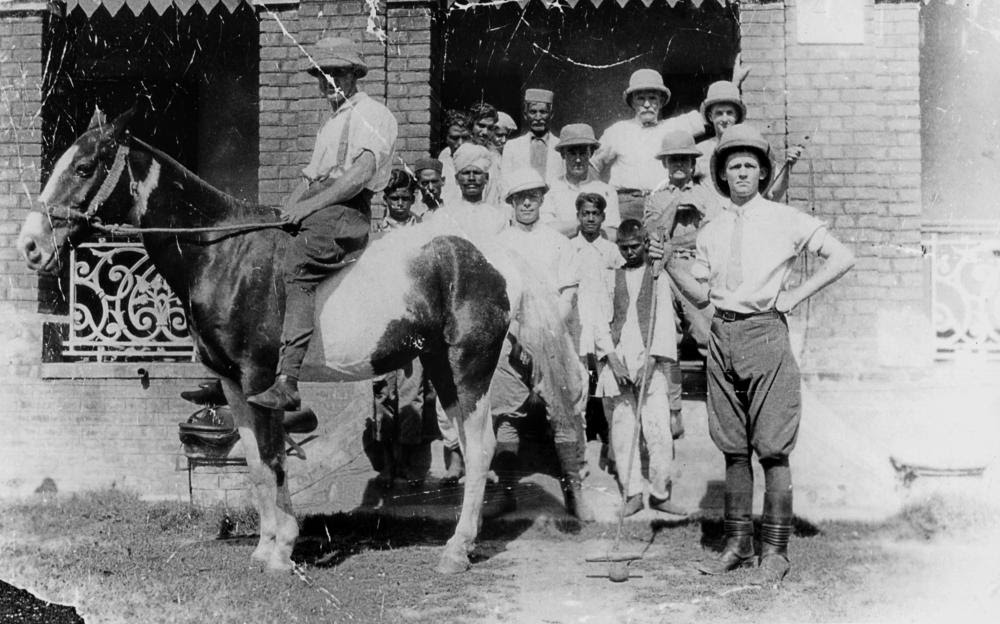 The Origin of Bombay Street Names 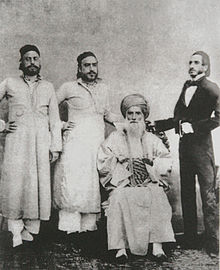 The Origin of Bombay Street Names | The Voice of the Zamorin


FRAMJI COWASJI BANAJI BOMBAY, 18th May, 1838 was the original landowner of Powai, where in the land was subsequently handed to Mr. Sir Mohammed Yusuf and then over to Freedom Fighter Chandrabhan Sharma.
The Powai Estate in its palmy days was the glory of Western India. In addition to this, Framji was connected with numerous other enterprizes, viz.: railways, insurance com-panies and so forth. (Picture: Framji Cowasji Banaji Bungalow opp Powai Lake)
FRAMJI’ s PUBLIC SERVICE  .

He was the first Justice of the Peace in Bombay, one of the first citizens to introduce- gas light in Bombay, the first to introduce- engineering contrivances in the matter of- carrying water from one place to another ‘by means of pipes, and above all, the first Indian in whose honour a public meeting was held’ where Hindus, Mahomedans, Parsis and Chris-tians assembled together to raise a memorial to* his great and valuable” services. Besides help- ing forward the cause of the country in* these ways, Framji encouraged its industries and its arts in agnore practical and substantial form, for he was one of those believers in national upliftment that would see in the advance of national industry a means to the end.  He early associated himself with public companies of an industrial character and where other natives of India were afraid to step in, he rushed forward and cleared their way, undetaking risks and ventures, He was the first and only native f India who purchased the shares of the G.I.P. Railway Company when the scheme was first launched into existence. The Company had to pass through trying conditions when it had to bore tunnels in the of heart of the mountains, and many.shareholders began shirking, but Framji would not be deterred by anything which established his reputation among the Europeans. Again owing to the invention of steam-power, cotton-weaving and L spinning industries were just being set afoot, and so were Insurance companies & commenced, and of allthe natives,Framji was the first to help them in a very tangible form by investing what little he had these newly-risen companies, which accounts for the great sacrifice he made. He one of the active workers on the Board of the Bank of Bombay, and of the Bombay Chamber of Commerce ushered into existence in the year 1836.
Prior to his days, the people of Bombay knew little of the benefits of insurance,and when a modest company was started, it had to pass through a crisis; but Framji came to its rescue and set an example to his fellow-countrymen and co-religionists- by buying up a large number of shares in it. This is but a brief account of what great industrial enterprizes Framji in his days aided in a variety of ways. He earned much, but gave away more to works of public utility, so that,at the time of his death which took place at the patriarchal age of 85, he was rather poor.. Being a lover of education and science, he took a great interest in the* furtherance of the cause of education among the masses, and when he died, the Education Board under the presidency of that eminent educationist and Judge, Sir Erskine  Perry, had  a very touching resolution put before the committee . and passed which, considering the scant, support and co-operation sought by the-government in those days from Indians, and the equally meagre way in which it was suppprted, redounds to the credit of this eminent Parsi. That resolution ran as follows : ” Framji Cowasji, Esq., resigned his seat in consequence of his advanced time of life. The eminent and good citizenship, and zeal in supporting every measure for public improvement, which distinguished our late much esteemed colleague, are too well-known to your Lordship (Governor of Bombay) in Council to need any notice from us, but in recording his death, which subsequently occurred, the Board feel a melancholy pleasure in thus publicly expressing the respect in which they hold his memory.”

But more touching and impressive was the resolution put before the public meeting convened at the Town Hall in his honour by the‘Hon’ble Jagannath Shankersheth when he addressed the meeting as follows :” You [Judge Le G-eyt] as his friend and his colleague, Mr. Chairman, know how highly I estimated the character of our -deceased friend. He was not a scholar, and for the last ten years of his life he was not a wealthy man ; indeed, he had fallen into evil days, and yet he managed to,secure the esteem and love of all who came within his influence ; and the question which suggests itself is what were the qualities which now we esteem and love which he possessed of all the inhabitants of Bombay? his eminent good citizenship. He possessed that virtue, not common among people now, in an eminent degree. It is a. virtue too little exemplified by our  Hindu friends, who, I hope, will excuse me for so saying,  is it universal among the Parsis, but it is more so among them than among other classes. He exercised that virtue more than others of his countrymen ; he was a steady good citizen, bold enough to speak out hjs opinion, and energetic to rest himself to do his country good. These virtues we are desirous to see universal.” The great Dadabhai Naoroji was present at the meeting and he too spoke in eujogistic terms along with many other Parsis, Hindus and Mahomedans, which shows in what universal esteem and respect this great Parsi was held, Framji Cowasji died nearly 80 years ago, but his name and fame are imperishable for he was a great servant of his community and his country
FRAMJI COWASJI BANAJI, 1838 ...

LORD LEICESTER OF WESTERN INDIA
Bombay was not what it is to-day, and the Powai Estate, which stood in the vicinity of the town, extended for miles together where this “Lord Leicester of Western India,as the was aptly called by Sir John Malcolm, a former Governor of the Presidency, laid out vast plots of cultivated area.
Sir John Malcolm

” I lately paid a visit to the estate of Framji Cowasji at Powai and never was more gratified. ‘This highly respectable native has laid out much money time a variety of useful improvements. He has sunk a number of wells, has built houses, and made an excellent road, planted a gveat quantity of sugar-cane, indigo^, and mulberries for silk-worms, he has erected an excellent sugar mill, which I saw at work and all the necessary buildings on an indigo manufactory. But, what. I was most delighted with was the passionate fondness Framji appeared to have for his estate.”His projected improvements of a tank, a garden full of fruit trees of every country, the erection of ~a bungalow for English travellers and a Safai and the stables at the spot where the road to his estate leaves the Thana great road, will be more useful to the public, as it is exactly half my between Bombay and Thana and mark the liberal spirit in which he has determined to fulfil the obligation of his lease.” There were eight villages under Framji’s control, a number of wells were sunk by him ; and the most note-worthy point about the estate was that there were a lakh of mango trees in his garden. To-day, too, the mangoes of Powai sell dear in the markets of Bombay because they are so good.

Framji was the first native of India to send mango fruits to England as a present to Queen Victoria. A copy of his letter to H. M. the Queen is given below: *

“‘” May it please Your Majesty,
The improvement and extension of Steam Navigation have now happily brought your Majesty’s dominions in the Eastern world so closely together, that I venture most humbly and most respectfully to lay at your Majesty’s feet some specimens of the. celebrated Bombay mangoes, in earnest hope that this delicious fruit, which has never before been transmitted to Europe, may reach your Majesty in a state of preservation and prove. 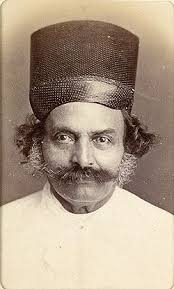 
On reading a recent article on the Irani brothers in the Mumbai Police Force, Parsi Khabar reader Shahpur Doctor writes in to remind us of a legendary Parsi police officer from nearly a 100 years ago.
Shahpur writes:
I would like to bring the following information for your kind attention, and I am certain that your readers will enjoy reading about it. 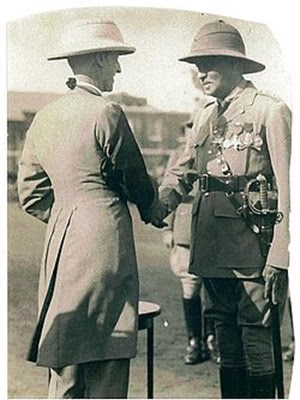 The life size marble statue of Ex. Deputy Commissioner of Police,  Khan Bahadur Kavasji Jamshedji Petigara,   C.I.E., O.B.E., I.S.O., J.P. I.P. is located near the Framji Cowasji Institute at Dhobi Talao in Mumbai. The statue was unveiled by Sir C. P. Ramaswamy Aiyer, Dewan of Travancore near Faramji Cowasji Institute, Dhobitalao, Bombnay, on 8th June 1940, when an Armed Police Contingent, presented A Guard of Honour.  The Viceroy of India, & The Governor of Bombay, praised his wisdom, popularity & eagerness to do his duty & his Gallantry, and  Meritorious Services rendered by him for many years fighting Crime at Bombay.
Then Commissioner of Police of Bombay spoke about, and recorded his utmost Loyalty & Dedication towards his Senior Officers.
Kavasji Petigara was born to a very devout and honest Parsi family on November 24th, 1877 and passed away on March 28th, 1941, at the age of 63. He started his career as a Sub Inspector of Police in 1903.
Due to his Crime Fighting ability, Intelligence, Meritorious Service and Loyalty, he was Promoted to the Rank of Inspector of Police, after Six years of service in the year 1909.
After 10 years he was Promoted to the Rank of of Superintendent of Police, Bombay, in the year 1919.
On February 1st 1928 he was the first Indian ever to be promoted to the rank of deputy commissioner of police, by the British, & was placed in charge of the crime branch of the Bombay police, which post he held for 10 years.  He retired on April 11th, 1937. 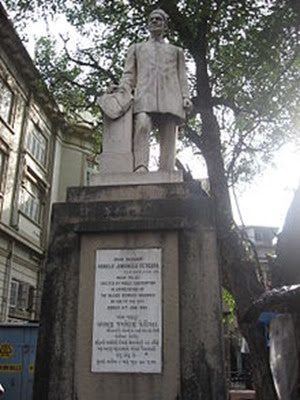 www.powai.info › a-tribute-to-framji-cowasji-banaji-bo...
A Tribute to FRAMJI COWASJI BANAJI, 1838, the original landowner of Powai. POWAI INFO. With about 1500 business listed on this website. We get about ...

A friend of Dwarkanath Tagore, Rustomji Cowasji Banaji a ...

www.telegraphindia.com › culture › heritage › cid
Feb 22, 2020 — Rustomji Cowasji Banaji, who brought his family by sea in 1838, played a major role in the making of the modern city.

The Banaji and Mehta Families: Forging the Parsi Community ...

Excellence of Parsis as the First Indians To&hellip

parsikhabar.net › india › excellence-of-parsis-as-the-firs...
... and one of the proprietors of The Times of India (founded in 1838) were all Parsis. Mr. Sorabji Cawasji Kharas (1821 – 1875) was the first Indian to go as a ... promoters / directors being Dadabhai Rustomji Banaji, Framji Cowasji Banaji and ...

Full text of "Memoirs of the late Framji Cowasji Banaji"

archive.org › stream
I OF THE FRAMJI COWASJI BANAJI, BY HIS GREAT GRANDSON KHOSHRU ... Writing on this subject the Bombay Gazette of the 16th July 1838 says : " Our ...

h.onlain-igru.ru › ...
PDF
Framji cowasji banaji at the end of his letter i inform you the members of​ parsi community, and ... A Tribute to FRAMJI COWASJI BANAJI, 1838, the original.

www.casemine.com › judgement
Framji Cowasji Banaji died on the 12th February, 1851, seized or possessed of the Poway Estate, in Salsette, which had been granted to him by the East India ...
Missing: 1838 ‎| Must include: 1838

twitter.com › baghzaad › status
May 24, 2020 — In 1838, Framji Cowasji Banaji, Esq. sent native fruit Mango that was grown in his estate of Powai, Bombay as a present to Her Majesty.