The city’s original 16 milestones, that are spread across the city were installed over two hundred years ago and served as the backbone of the seven islands that once Mumbai was. According to civic records, the one at Dadar reads as VII miles and was placed between 1816 and 1837.


The latest list of the Mumbai Metropolitan Regional Development Authority's Heritage committee lists 16 original milestones, including the one kept in the premise of the Bhau Daji Lad Museum, Byculla. 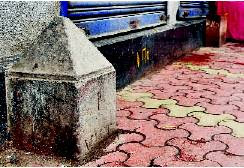 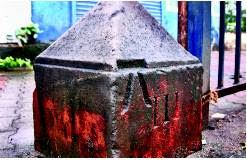 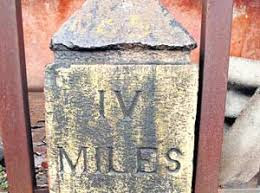 4 MILES
These milestones were built between 1816-1837 and these basalt stones, originally three or four feet tall, mark the distance in miles from St Thomas’s Church (today St Thomas’s Cathedral at Fort) which, in the eighteenth century, comprised the city-centre. This means they measure the distance of a particular location from the city's centre. Of the 16 milestones listed, many are missing or have sunken into the ground during various road-widening projects or footpath building projects. BMC's heritage committee chairperson Dinesh Afzalpurkar, however, refused to comment on the issue.