An indigenous cooling device adopted by the sahibs was the installation of tatties made of khus-khus grass over all openings — windows and doors — of a house. Tatties were kept continually wet by a bhishtee,

BY CONSTANTLY WETTING WITH POT FULL OF WATER A WALL TO WALL 'TATTIE' MADE OF 'VETTIVER' GRASS ;ROOM WAS COOLED TO TOLERABLE TEMPERATURE water carrier, engaged to throw water against these from outside. 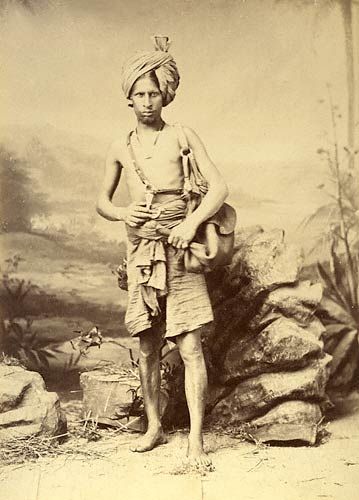 
during winter nights and preserved for the summer, entailing colossal wastage. Small earthen pots filled with water were placed in an open field, and in the morning the coating of ice formed in the cold temperature of the night was collected and stored in ice-pits. 
Indian Science and Technology in the 18th Century
The Process of Making Ice in the East Indies - By Sir Robert Barker published in 1775
Following is the method that was used to make ice in India as it was performed at Allahabad and Calcutta. On a large open plain, 3 or 4 excavations were made, each about 30 feet square and two deep; the bottoms of which were strewed about eight inches or a foot thick with sugar-cane, or the stems of the large Indian corn dried. Upon this bed were placed in rows, near to each other, a number of small shallow, earthen pans for containing the water intended to be frozen. These are unglazed, scarce a quarter of an inch thick, about an inch and a quarter in depth, and made of an earth so porous, that it was visible, from the exterior part of the pans, the water had penetrated the whole substance. Towards the dusk of the evening, they were filled with soft water, which had been boiled, and then left in the afore-related situation. The ice-makers attended the pits usually before the sun was above the horizon, and collected in baskets what was frozen, by pouring the whole contents of the pans into them, and thereby retaining the ice, which was daily conveyed to the grand receptacle or place of preservation, prepared generally on some high dry situation, by sinking a pit of fourteen or fifteen feet deep, lined first with straw, and then with a coarse king of blanketing, where it is beat down with rammers, till at length its own accumulated cold again freezes and forms one solid mass. The mouth of the pit is well secured from the exterior air with straw and blankets, in the manner of the lining, and a thatched roof is thrown over the whole.