MUMBAI: The challenge to beautify the precincts of Mumbai's forts arises from the fact that multiple agencies own the land on which the monuments stand. Bandra's residents, who refurbished Land's End garden on the precincts of the Portuguese fort, were able to bring these different arms of the government to common ground, which was the secret of their success. 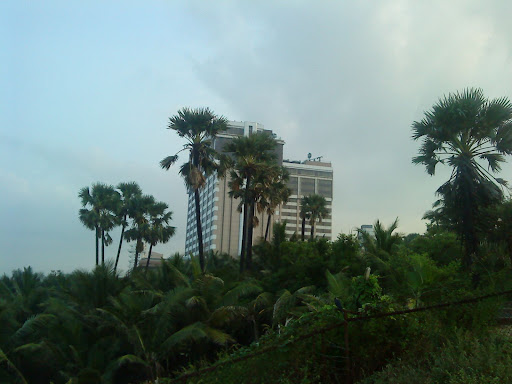 The project was completed in 2001 at a cost of nearly Rs 1 crore. Arup Sarbadhikary , of the Bandra Bandstand Residents' Association , takes a deep breath as he recalls the struggle put up before the dream was realized. "The main garden, where the amphitheatre stands, belongs to the BMC, while the lawns that stretch to the shore come under the collector. The broken wall with the gate is owned by the state department of archaeology and museums. We collaborated with all three guardians and, with MP funds from Shabana Azmi, Dilip Kumar and Priya Dutt, created this verdant haven," he says. "We continue to pay staff salaries for the upkeep and water the garden as well."

The road was littered with legal battles against land sharks who were hoping to appropriate the prime proper ty. However, the Land's End garden was finally beautified in keeping with heritage norms. Old stones from the fort's ruins and Behramjee Jeejeebhoy's mansion were used. Hundreds of trees were planted as well.

Architect P K Das, who undertook the project, says, "In Mumbai, a fort may come under the Archaeological Survey of India or state department of archaeology , while the land may variously belong to the BMC, state government, collector or Mumbai Port Trust. That is the tragedy of Mumbai's development, several agencies often work at cross purposes . Citizens, who remain the neutral factor, can bring these conflicting interests to common ground. We at Open Mumbai have demanded that each fort and its precinct be considered an area that needs to be conserved so that a comprehensive plan is implemented ." 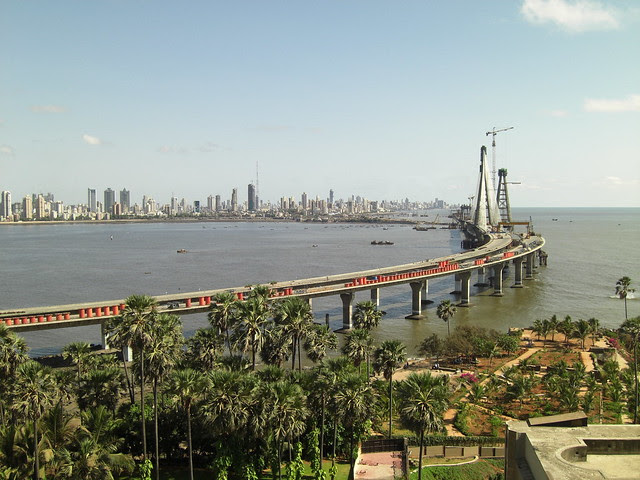 Mumbai for me: Rendezvous at the ruins anyone?

Bella Jaisinghani, TNN | Jul 30, 2012, 05.36AM IST
The precincts of Mumbai's six forts have been neglected, abused and encroached. The organizers of Open Mumbai, an exhibition currently on at Nehru Centre, have proposed that spaces for public leisure be created in their precincts. 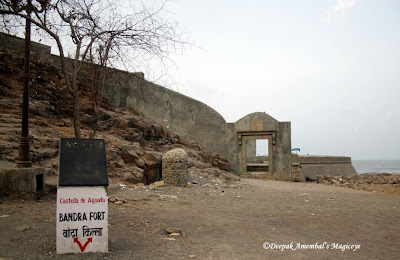 In fact, the state department of archaeology as well as central Archaeological Survey of India (ASI) had earlier announced similar plans to develop gardens, promenades and cafes in the precincts of the Sewri, Worli and Bandra forts. A similar plan was also in place for Vasai Fort in Thane district. But so severe was the damage to the monuments during restoration work that the larger plan to create public spaces in the precincts was truncated.

The only site where the dream took shape was in the precincts of Bandra Fort, where residents along with architect P K Das managed to create public and cultural spaces, though here too the state department of archaeology's restoration of the fort itself was a tragedy.


Architect Vikas Dilawari agrees that the precincts surrounding forts should be turned into public spaces and tourist destinations. Indeed, all planners seem to be on common ground on certain issues, including demarcating these natural assets in the city's Development Plan (DP). It is another matter that these structures are anyway supposed to be 'protected' due to their historic status.


Dilawari suggests, "The revised DP, being prepared right now, should acknowledge these forts as our rich cultural assets, something missing in the earlier DPs. Once this is done, the restoration interventions proposed should encourage local, regional and national tourism . The easiest way to protect the historical structure is to have a recreational zone that serves the area, as in the case of Bandra Fort."


He adds that the precinct around the fort should be regulated but residents should be allowed to perform necessary repairs. "However, there should be no highrises , which engulf the very presence and setting of the monument," Dilawari says. The ASI monuments now have a new central law to protect them, which needs to be integrated with the revised DP, he adds.


Architect Chetan Raikar says the government neither has the resources nor the willingness to conserve forts, and hence "adaptive reuse" is the only viable option to maintain them. "This is possible if these places are converted into open spaces to attract tourists and locals. Mumbai is devoid of such open spaces and the public would be more than willing to even pay if these forts are developed as parks while maintaining the identity of the ruins. This does require willingness from the government, though," he says.


Dilawari says the government should also encourage small history museums as part of the adaptive reuse. The museums could have information about the forts as well as the locality. Subtle illumination could also draw attention to the structures. For instance, commuters who use the Bandra-Worli sea link pass the Worli Fort, but hardly know of its presence. 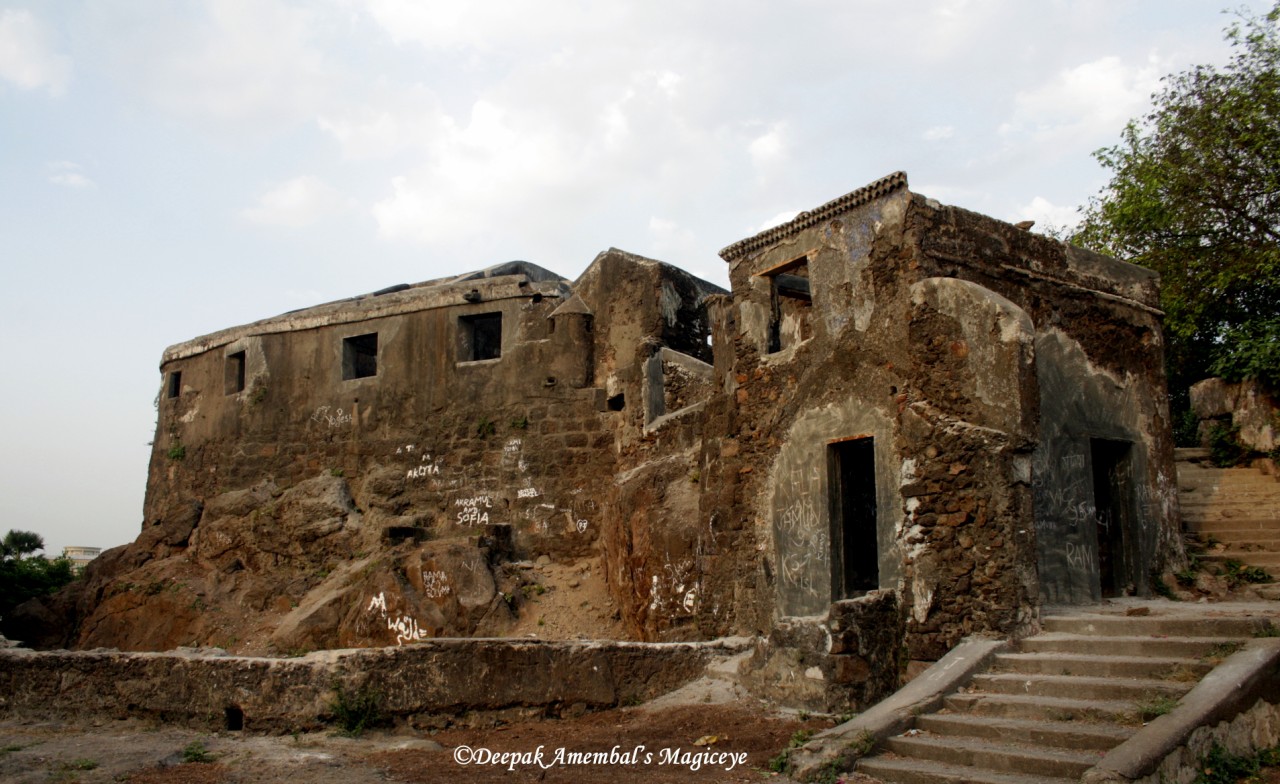 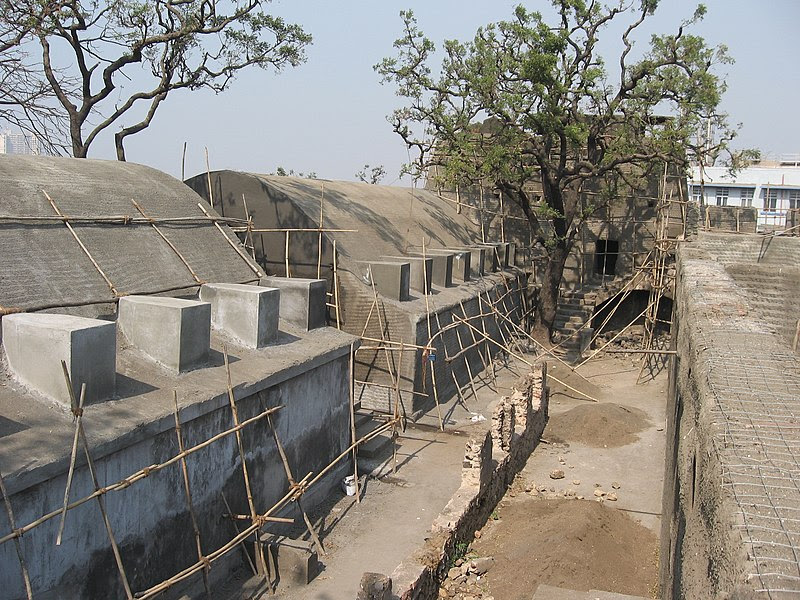