RAILWAYS OF THE RAJ -Raj nostalgia-BLOG 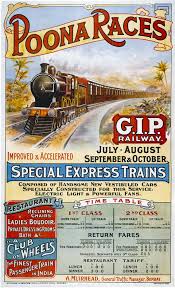 BOMBAY(MUMBAI) TO POONA(PUNE) G.I.P.(Great Indian Peninsula Railway - Wikipedia)Poona Races Railway  A colonial-era poster advertising the express trains journeys from Bombay to Poona Racecourse along the Great Indian Peninsular (GIP) railway. With such enticing facilities as a ladies' boudoir and baths the new carriages were clearly suitable for the great and the good of British society.

A poster advertising the Bombay Baroda & Central India Railway, operating between Bombay and Delhi. A train races across a viaduct. 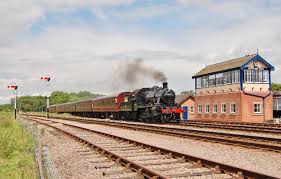 Prince William, second-in-line to the throne, will be first British king with proven Indian ancestry,

Britain's Prince William, (L) and his wife Catherine, Duchess of Cambridge in London.
LONDON: Prince William, second-in-line to the throne, will be first British king with proven Indian ancestry, DNA analysis has revealed. The DNA analysis of saliva samples taken from the Duke of Cambridge's relatives have established a direct lineage between the 30-year-old prince and an Indian housekeeper on his mother Princess Diana's side. It is his only non-European DNA and means he will become the first head of the Commonwealth with a clear genetic link to its most populous nation - India. William is now likely to be encouraged to make his debut mission to India soon after the birth of his baby next month. Researchers have uncovered the details of his lineage via a doomed relationship of William's Indian great-great-great-great-great grandmother. Eliza Kewark was housekeeper to Prince William's great grandfather Theodore Forbes (1788-1820), a Scottish merchant who worked for the East India Company in the port town of Surat in Gujarat. Eliza's mitochondrial DNA (mtDNA) was passed on by her daughters and granddaughters directly in an unbroken line to Princess Diana and then on to Prince William and Prince Harry. Eliza is claimed to have been Armenian, possibly because her surname is rather like the Armenian name Kevork and letters from her to Forbes have been found which contain Armenian script. This in turn suggests a degree of Armenian cultural heritage and the possibility that her father may have been of Armenian descent. "But we believe that all the evidence we have gathered shows that her genetic heritage through her motherline is Indian," Britains DNA, a DNA ancestry testing company, said in a release. "Princes William and Harry carry Eliza Kewark's markers but will not pass this Indian mtDNA onto their children, as mtDNA is only passed from mother to child," it added. Jim Wilson, a genetics expert at the University of Edinburgh and Britains DNA who carried out the tests, said that Eliza's descendants had an incredibly rare type of mtDNA, inherited only from a mother. It has so far been recorded in only 14 other people, 13 Indian and one Nepalese. The revelation explains why the Scottish father of Eliza's children suddenly deserted her and sent their daughter, Katherine, to Britain at the age of six 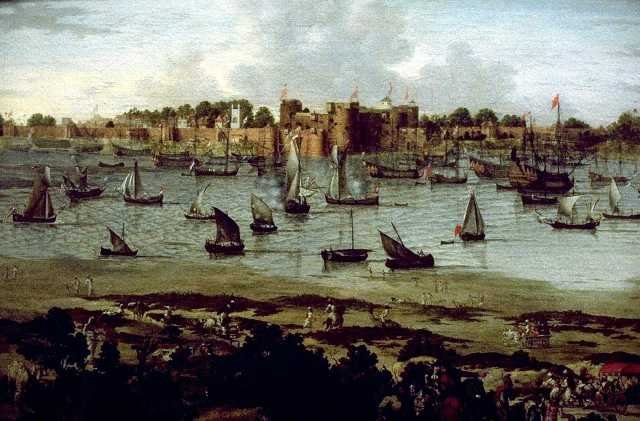 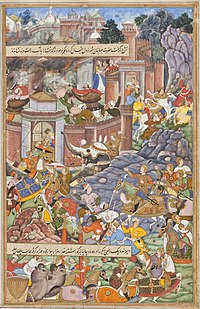 The Mughal Emperor Humayun, fights Bahadur Shah of Gujarat, in the year 1535.

Death of Bahadur Shah in front of Diu during negotiations with the Portuguese, in 1537. Akbar Nama, end of 16th century.

The Cemetery which has the earliest mausoleums from 1659. Many British Raj officers & their family members from the 17th till 19th century rest in peace here. The monuments are strongly influenced by the Indian and Arabic Architecture.The pinnacles as minarets and the pointing arch of the windows resemble a semi-Islamic style.

Surat was one of the earliest strongholds of the British Kingdom. The English Cemetery is where many of the distinguished dignitaries of the Surati British Raj rest in peace.

Dutch & Armenian traders came to India in the early parts of 17th century &; left in 1825. In a small dirty bylane of Rampura, lies their past