From the vantage of Sion Fort, the view opens out to the island of Mahim. In this scene the walls of the fort dominate the foreground, with the curving line of the ramparts and an imposing cannon mounted in the battlement wall. The rising staircase and buildings behind the gun carriage are surmounted by a flagstaff asserting British sovereignty over the island.

The figures descending the stairs provide an ironic yet humorous counterpoint to the scene. There is the stout portly figure of an English military official whose waist is bursting from his red uniform, clearly the figure of a buffoon. He is accompanied by a European woman whose hand he holds; behind them follow two figures, one of whom is a woman carrying a small child. The status of these other women is unclear. The companion is clearly a figure of affection, while the woman in blue is presumably a nanny or wetnurse to the child. A one-legged, one-armed sepoy veteran stands waiting to greet the group, thereby highlighting the additional use of the fort as a sepoy hospital or hospice for military veterans. Once again the flat lands below the fort stretch into the indeterminate distance under a wide dominating sky. There are buildings and plantation areas with associated coconut palms in the middle distance, as well as thick clusters of native trees. On the far right of the picture, though significantly trimmed in this version, is a pagoda, or  pavilion.

The present view from the fort 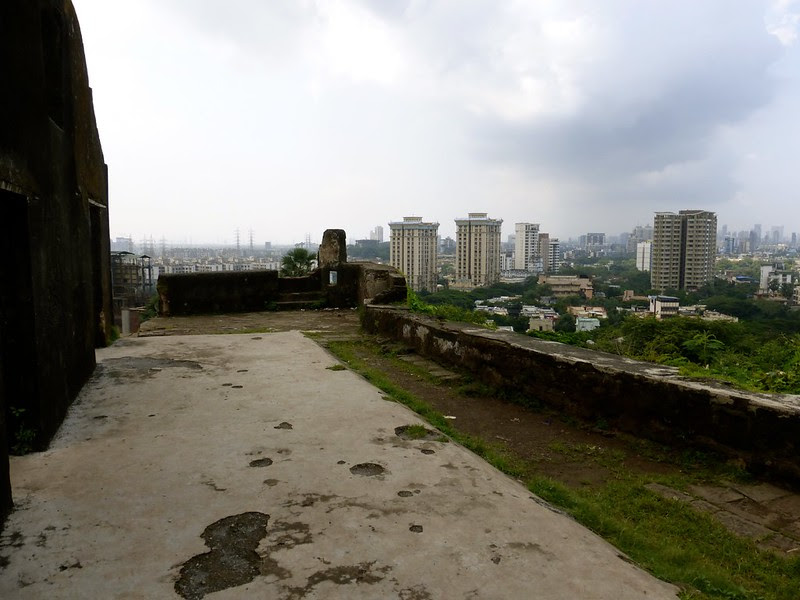 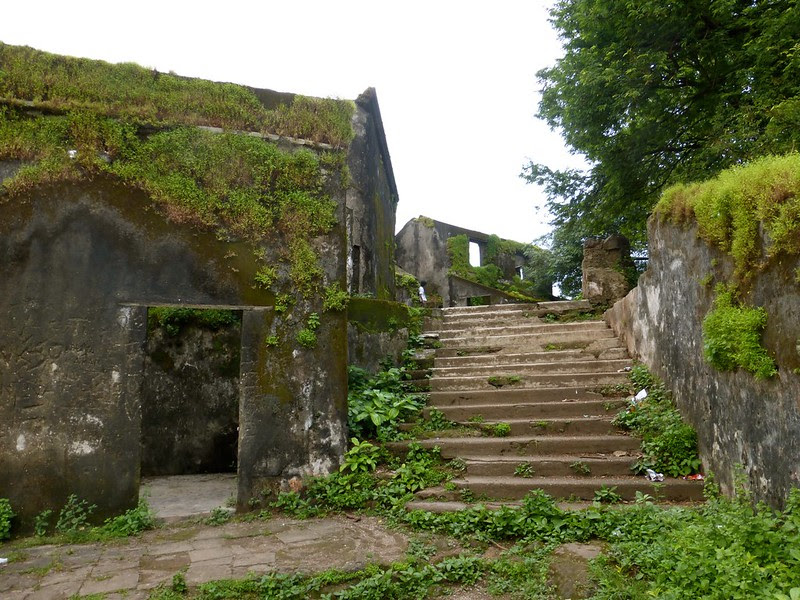 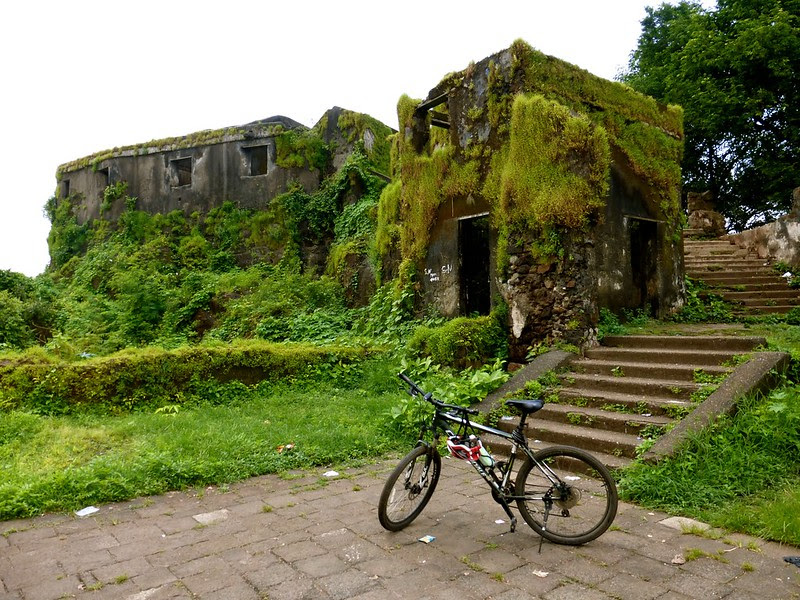 The fort itself is in quite a ruined state. There are steps leading up to the structure at the top. These steps can also be seen in James Wales picture above. 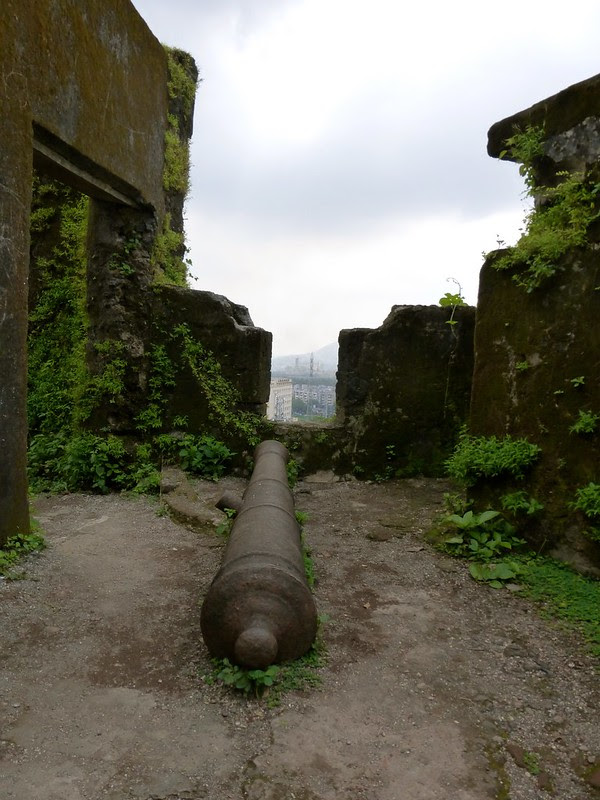 sole remaining cannon in the fort 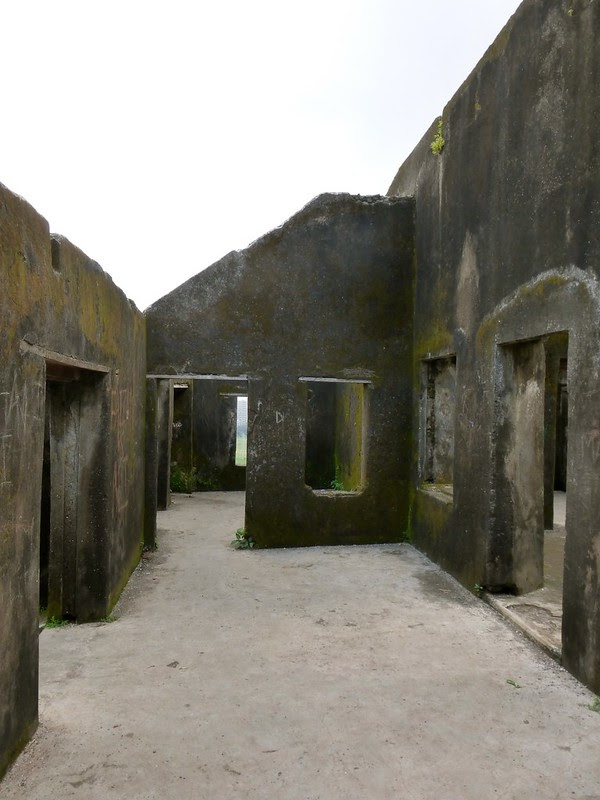 only walls remaining with doors 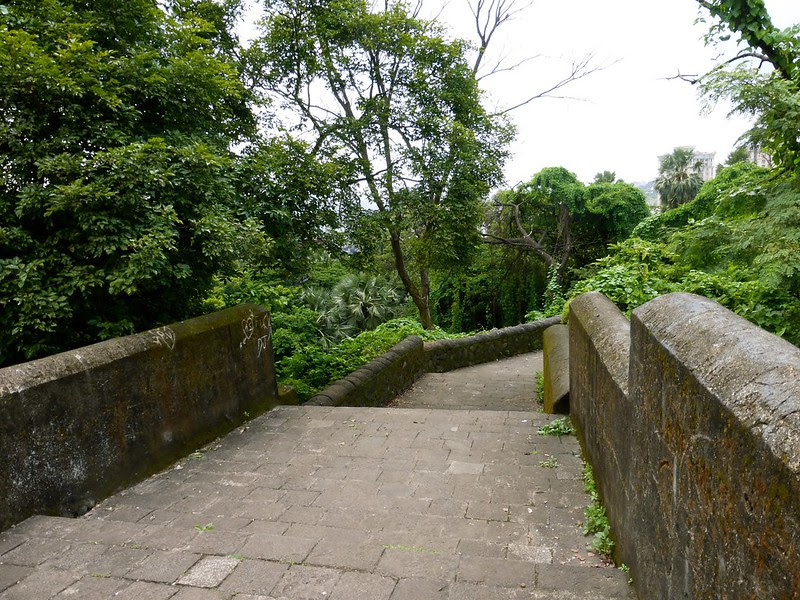 steps to go down to the road 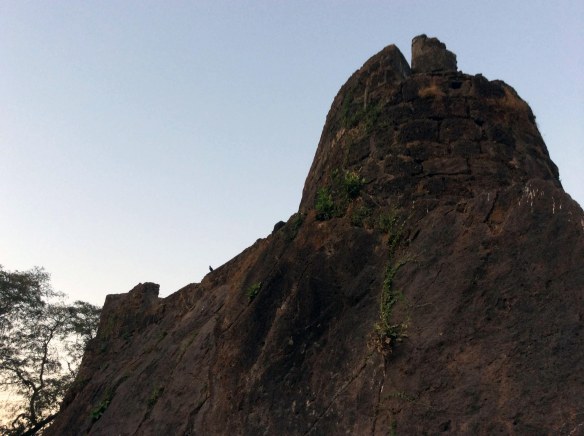 The Sion Fort has been restored,15 years back ;Except in patches, most of the original features of the Fort appear to have been lost: for example, a cannon and a portion of the rampart are clearly original, some parts look suspect, while most parts are clearly new.