Times of India‎ - 9 hours ago
MUMBAI: The death of 16 commuters on one day, twice in the last two weeks, has ... "In fact, over the past nine years, accidental deaths on the railways have largely seen a ...

THIS DEATHS CAN BE PREVENTED IN ONE DAY BY
{!} MORE OFFICERS TO PREVENT ILLEGAL RAILWAY LINE CROSSINGS 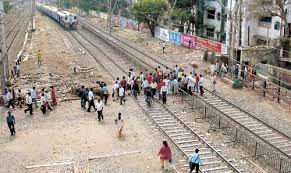 {2} PLATFORMS TO BE RAISED IN ALL STATIONS TO THE LEVEL OF THE DOOR .SO THAT NO BODY SLIPS BETWEEN PLAT FORM AND DOOR-HIGH COURT INSTRUCTED TO DO IT BUT BABUS HAVE NOT DONE IT 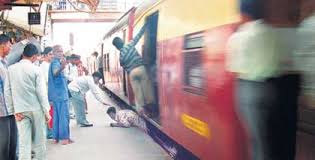 {3} MAKE ALL TRAINS FROM 9 WAGONS  TO 18 WAGONS  ;AND MAKE ALL THE STATIONS LONG TO ACCOMMODATE 18 WAGON TRAINS 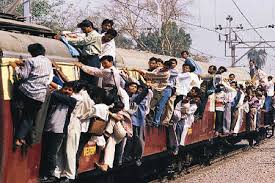 {4}SPEED UP RAILWAYS PLANS FOR WAGONS WITH CLOSED DOOR;AND A.C. 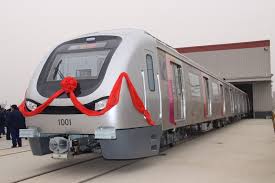 
As many as 420 women were killed in railway accidents in Mumbai last year. According to statistics provided by the Mumbai railway police, Thane topped the