Mahendra Peshwa, descendant of the legendary Maratha rulers{I may be a Peshwa descendant, but does it really mean anything}


It is a well-documented fact that as the Peshwas battled the British tooth and nail (Photo: Rahul Chandawarkar)I may be a Peshwa descendant, but does it 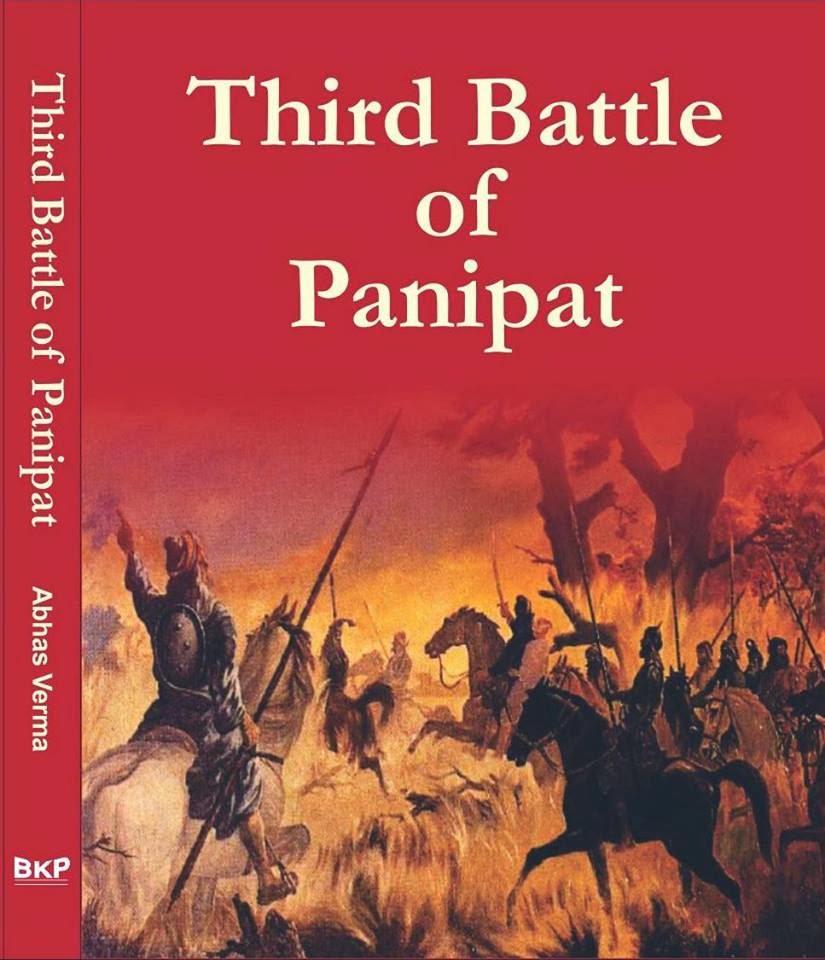 My Article on Shamsher Bahadur ( Son of Bajirao - Mastani)

Shamsher Bahadur was the son of Peshwa Bajirao and his second wife Mastani .The origin of Mastani is shrouded in obscurity. Tradition makes her the offspring of a Hindu father probably Maharaja Chattrasal and a Muhammadan mother. Some consider her the daughter of the Nizam, while others refer to her as a courtesan of the court of some Muslim chief . Tarikh-i-Muhammadshahi mentions that “she was a Kanchani (a dancing girl) skilled in riding and handling the sword and spear. She always accompanied Baji rao in his campaigns and rode stirrup to stirrup with him” . The first mention of her name in authentic papers occurs in the accounts of the marriage ceremony of Bajirao's eldest son Balajirao which took place on 11th  January 1730. In the same year Bajirao built his Shaniwar palace in Poona and later added to it a portion named after Mastani , Mastani Mahal  (shaniwarwada's north-east corner) and had its own external doorway called Mastani darwaza.
In 1734 she bore him a son who was named Krishnarao . But the brahmins of Poona refused to conduct the thread ceremony of Krishnarao , him being born from of a muslim woman. As a result the boy was brought up as a Muslim, by name Shamsher Bahadur. His mother and father both died in the year 1740 . But before his death Bajirao gave few districts of Bundelkhand to Shamsher Bahadur as his jagir  yielding 33 lakhs , which he himself had got as present from Maharaja Chattrasal . Shamsher Bahadur made Banda his chief town of residence and loyally served his half –brother Peshwa Balajirao . Shamsher bahadur was married to Mehrambai (or Lal Kunwar), the daughter of Lakshadhir Dalpatrai . A son was born to the couple in the year 1758 and he was named Krishna Singh alias Ali Bahadur. The descendents of Shamsher Bahadur later assumed the title of Nawab of Banda .
Shamsher Bahadur not only managed the affairs of Bundelkhand but also served the Peshwa in his campaigns against the Nizam . On 20th November , 1751 in a stiff action  with the Nizam near Parner (Ahmednagar District) Shamsher Bahadur's mare was wounded with a spear . Shamsher Bahadur also conducted land operations against Tulaji  Angre in 1756 during the Vijayadurg campaign .Shamsher Bahadur also accompanied Raghunathrao  in his first campaign to north in 1753 . Sahmsher Bahadur along with  Yashwantrao Pawar was dispatched to help the Sindhias in Marwad on 29th September , 1755 from Pune with an army of ten thousand . These two Maratha chiefs arrived bit late and  joined Dattaji (21st April 1756) in  the siege of Rupnagar in Rajputana after the Sindhias had ended their Marwar campaign . Bahadur Singh of Rupnagar State, submitted to the Marathas  and yielded the  city to his elder brother Samant Singh, whom he had ousted and whose cause had been taken up by Ram Singh and the Marathas. On reaching Kota , they besieged the fort and placed Ajitsingh on the throne.
In 1757 when Antaji was pushed to Mathura by Abdali’s men he requested the Maratha chiefs of Bundelkhand like Naro Shankar and Shamsher Bahadur to unite and drive off Abdali but he received no positive response .When Raghunathrao came to north India Shamsher Bahadur joined him in Rajputana, towards the end of July Raghunathrao began his march upon Delhi  . Shamsher Bahadur with the artillery and the advanced division reached Rewari on 27th July . He was ordered  to make a base at this city and occupy the Mughal possessions  in the district around . Prince Ali Jah (the Emperor's second son), who had come a few days earlier to Rewari for wresting the district from the hands of usurpers, was made prisoner on 30th July by Shamsher Bahadur. Raghunathrao and Malharrao towards the end of July, reached  Rewari and together they marched to Delhi . Where the Marathas ousted the domination of Najib Khan and restored Imad-ul-Mulkh to power .
In 1758 Raja Hindupat of Panna ,( Bundelkhand)  got his brother Amansingh murdered, usurped the throne of Panna  and banished his younger brother Khetsingh .On 1st July 1758 Shamsher Bahadur and Govind Pant went to meet   Hindupat  . Due to the efforts of these Maratha chiefs some portion of the kingdom of Panna was given to Khetsingh and Hindupat agreed to present 5 lakhs and one thousand to peshwa within three years and to finance the Maratha armies in his territories .Peshwa acknowledged  Raja Hindupat as the King of Panna and Shamsher Bahadur after making necessary arrangements at Kehciwada left for Puna on 3rd August 1758.
During the campaign of Panipat Shamsher Bahadur accompanied the Maratha armies to north with his 3,000 horsemen . In the finale battle of Panipat Shamsher Bahadur was positioned in the right wing of Marathas ,  when Viswasrao fell by the bullet shot Shamsher Bahadur rushed into Maratha centre and joined Bhausaheb in his finale combat .When Shah Pasand Khan left his position on the imperial road of Panipat , Shamsher Bahadur had every opportunity to abandon the battle field and escape unhurt  but instead he chose to join the action in the Maratha centre . The author of Bhausaheb’s Bakhar mentions that Bhausaheb took Shamsher Bahadur along with him and entered the mele killing many Afghans. In the end Shamsher Bahadur managed to reach Kumbher in a highly wounded condition where he was hospitably received by Jat King Surajmal , but he died of his wounds. Probably when he would have been separated from Bhausaheb in the crowd of Afghans and his only option would have been a retreat southwards . It is said that he died crying “Where will i go now ? To whom will i show my face now .... Bhau ! Bhau !” .

Balwantrao Mehendele was the right hand man of Sadashivrao Bhau . He was also a Chitpawan Brahaman and was the maternal uncle of Nana Phadnavis  and his  father's mother was the sister of Peshwa Balaji Vishwanath. He was also the brother of the first wife of Sadshivrao , Umabai.  Balwantrao was married to Laxmibai who accompanied her husband in the Panipat campaign . She bore him a son who survived the disaster at Panipat and became famous by the name Appa Balwant.
Balwantrao’s carrer was given a push by Peshwa Balajirao. He accompanied Peshwa and Sadashivrao in a number of expeditions in South India and stood by the side of Peshwa in all the wars against Tarabai and Damaji Gaikwad . In the Karnatak campaign of 1757 Peshwa returned in May after leaving Balawantrao as his deputy to finish the remaining work of the expedition .Nawab of  Kadappa, which claimed the districts of Kolar, Hoskot and Balapur once forming the Jagir of Sahahji the father of Shivaji , was subjugated by the prowess of Balavantrao Mehendale. Abdul Majid Khan the Nawab of Kadappa was a man of valour and resources. In the fierce engagement fought between Sidhout and Kadappa on 24th September 1757, the Khan was killed along with four hundred of his men. The same night Kadappa was captured. Balwantrao then  levied contributions from the Palegars round about Sira, Hoskote, Mulbagal and other places . He was ordered to capture Bednur and Chitradurg , but growing tension between the Marathas and Nizams which led to the battle of Sindakhed (December -1757) called him away northwards . After the Maratha victory at Sindakhed Balwantrao along with Gopalrao Patwardhan and Visaji Krishna Biniwale led a campaign in South India upto the seas on the eastern coast of India. In the battle of Udgir , Balwantrao played a very important role and acted as the deputy of Sadashivrao . It was he who  used to lead  the troops of Huzarat as the right hand man of Sadashivrao  .When Sadashivrao was chosen to lead the Panipat campaign , Balwantrao  accompanied him to North India. Like Sadshivrao this was also the first campaign of Balwantrao in North India.
Almost all Marathi chronicles of Panipat campaign like Bhausahebanchi Bakhar and Bhausahebanchi Kaifiyat accuse Balwantrao of being  arrogant, hot headed and abusive. He is said to be making fun of old Malharrao Holkar and Jankoji Sindhia  on various occasions  and has been portrayed as a villain in the Panipat Campaign  . Infact  Balwantrao was a man of sharp tongue  and these accusations cannot be termed totally wrong .  It was he who insisted on crossing river Chambal and proceeding to North India rejecting the advice of Malhararo . Balwantrao was dispatched from Mathura along with Imad-ul-Mulk and Surajmal Jat to capture Delhi .Balwantrao captured the city but failed to capture the Red Fort. It was actually  the cannons of Ibrahim Khan which forced the Afghan keeper to deliver the fort.
He accompanied Sadashivrao and Maratha army to Kunjpura and thence to Panipat .In the surprise attack of Jankoji Sindhia on 22nd November , Balwantrao failed to render timely support and was so criticised on this point . On 7th December 1760 the Rohillas led by Najib Khan’s brother Sultan Khan fell upon the Marathas. The assailants reached the very edge of the Maratha trenches . The Rohilla foot soldiers took advantage of intense darkness of that night  and penetrated inside the trenches . The Gardi musketeers and Balwantrao with the Huzurat horses fell heavily on the Afghans and drove them back with great slaughter. Najib‘s uncle Khali-ul-Rehman  was killed in the battle and over three thousand of the Rohilla infantry fell in the field and even among those that survived most were wounded very badly . Unhappily in the moment of victory a chance bullet struck Balwantrao Mehendale at around 7 PM at night, who was leading the charge . He fell down from his horse with a bullet in his chest while trying to stem the flight of his men by galloping up to the exposed front line during the first Afghan onrush. The Rohillas crowded upon the fallen General ; one slashed at his face ; another began to sever his head in order to carry it away in triumph. But half a dozen Maratha horsemen galloped up to the spot and rescued their chief's body from mutilation, though with the neck half cut through. The engagement ceased about three hours after nightfall. His body was saved from mutilation by Khanderao Nimbalkar. Sadashivrao felt deeply the loss of Balwantrao, who was his staunch supporter and advisor .After this incident the morale of the Maratha army deteriorated day by day and never again was any serious offensive attack carried out by the Marathas. The loss of this Brahman General was never compensated .  Had Balwantrao lived till the battle of Panipat , he must have led the charge of the Huzarat instead of Viswasrao and the panic created after Viswasrao was shot must have had  less effect . Balwantrao's widow Laxmibai committed sati and was burnt with her husband's body leaving behind a son of 14 years named Krishnarao under the care of Bhau The boy survived the disaster and was later famous by the name Appa Balwant .

https://www.facebook.com/battleofpanipat
... is an authentic account of the battle fought between the Marathas and the allied armies of Muslim chiefs of India. http://thirdbattleofpanipatmaratha.blogspot.in/.

'Panipat is a hallmark, not embarrassment' | Sakal Times