from a comment recieved:-  Have you ever come across any area known as Bunderpoor (in the context of Bombay in Mid 1800)? If any reader knows anything about the area once referred to as Bunderpoot (near Chinch Bunder), please share the details. Thanks.

www.slideshare.net/shubhamghadigaonkar5/aamchi-mumbai-50769548
Jul 21, 2015 - By 1845 the seven southern islands had been connected to form Old ... land exists) Chinch Bunder (south of Dongri near the shore) – chinch ...CHINCH bunder port
CHINCH BUNDER WAS A PORT BEFORE RECLAMATION OF LAND FROM SEA TO MAKE PRINCESS DOCKYARD -SEE MAPS BELOW:- 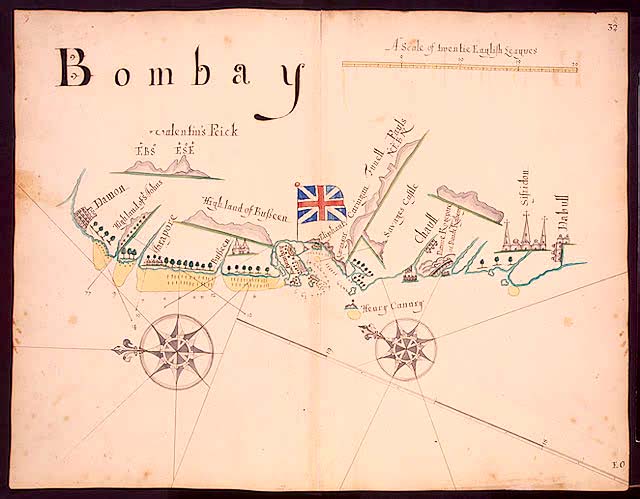 History of Bombay under British rule - Wikipedia, the free ... 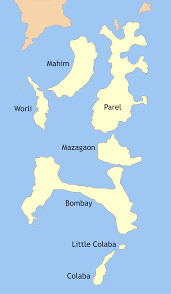 RECLAMATIONS FROM SEA IN 19TH CENTURY 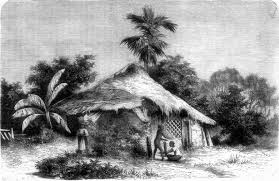 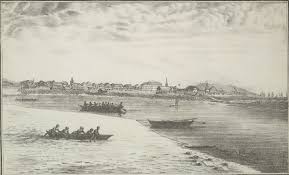 SEA BETWEEN COLABA AND BOMBAY FORT
"Visit of the Viceroy of India to the Sassoon Dock at Bombay," from the Illustrated London News, 1865
The Mazagaom Bunder,PORT with a vessel stranded [Bombay] 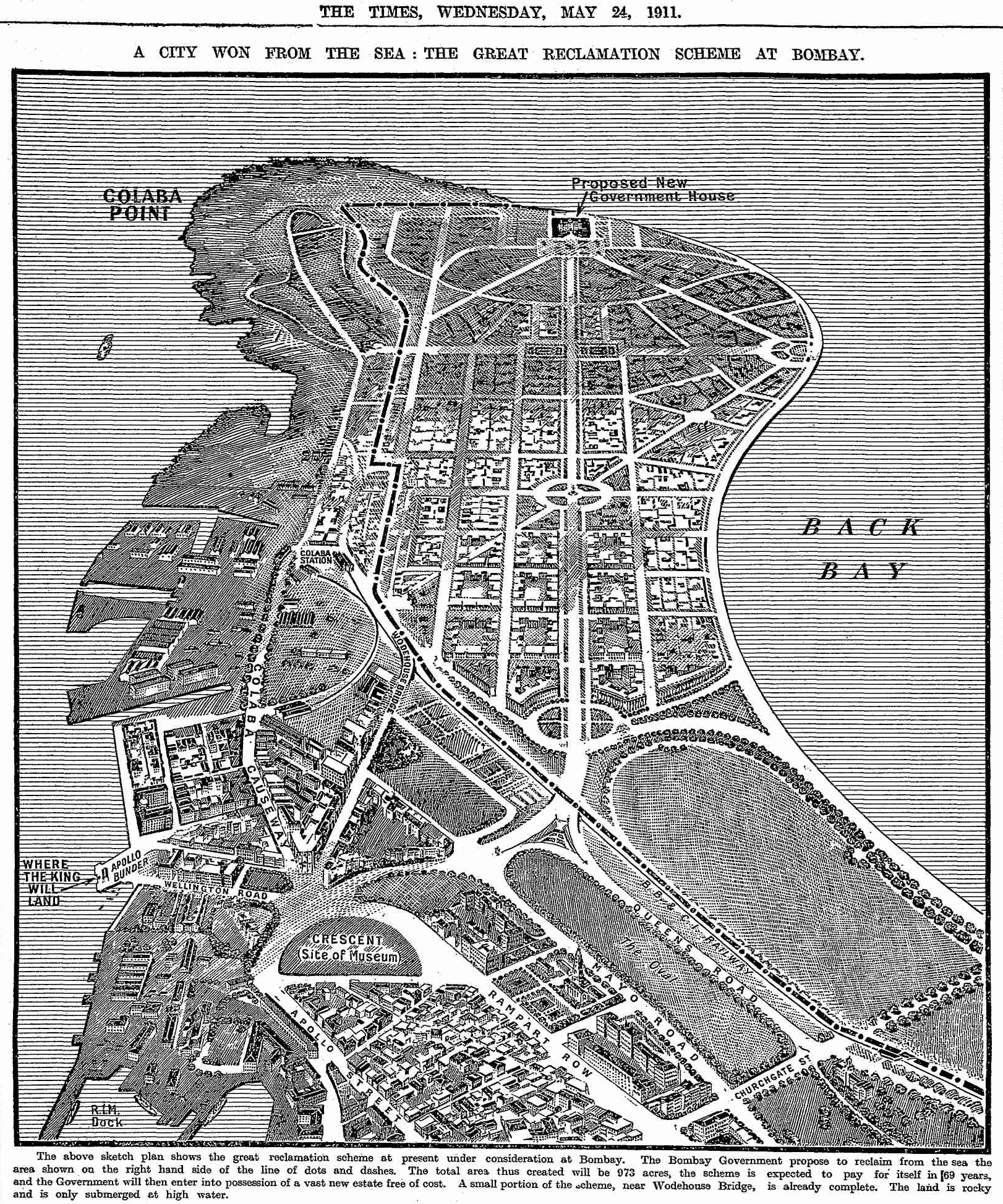 
Old Bombay, 1909. Ambitious reclamation plans from 1912 have been only partly realised 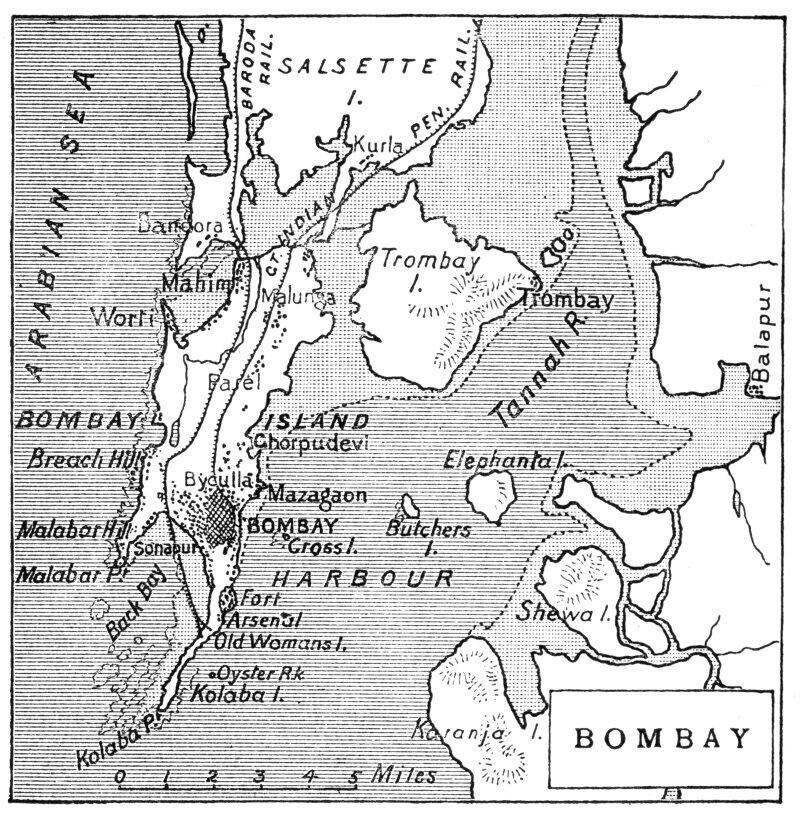 it was at the entrance of the channel where mithi river drained ;and was an entrance/exit for ships passing from west(Arabian sea) to east To mazgaon and Trombay through and by the side of sion fort 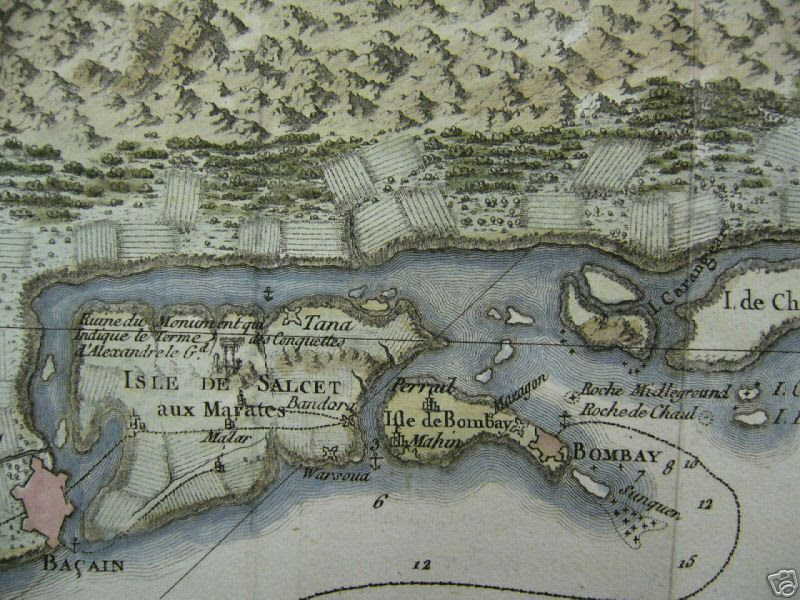 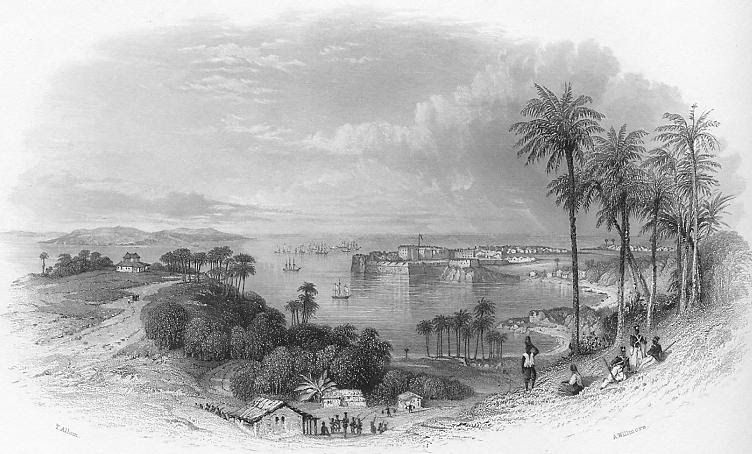 View Of Bombay, From Mazagon Hill.

The only record which survives of large-scale engineering before the arrival of the Portuguese is that of the remnants of a massive stone causeway across the Flats on the island of Bombay. These Flats were the low-lying lands between Dongri and Malabar hills, seperated from the island of Worli by the Great Breach, through which the sea poured in at high tide.
BELOW:-
The Hornby Vellard,[ROAD CONNECTING MALABAR HILL TO WORLI] completed in 1784, is said to have given shape to the modern city of Mumbai. Photograph: Alamy

The Great Breach may have extended almost to Umarkhadi, the creek seperating Bombay from Mazagaon. Occasionally the two would be linked by a shallow creek at the site of the crowded present-day bazaar area of Pydhonie. Only the name, which means "foot wash", now gives a clue to the fact that it was once a creek, because this was probably the first piece of land to be reclaimed from the sea.
Quite as likely, Umarkhadi was also filled in soon after the arrival of the British and joined Mazagaon irretrievably to Bombay. The last story in which Mazagaon appears as a seperate island relates to its occupation by the Sidi of Janjira in 1690-1. He was repelled by a rag-tag navy of fishermen led by the amateur Parsi admiral Rustomji Dorabji. Early efforts at land reclamation concentrated on the small creeks crossing the northern Flats of Bombay island. Several of these were dammed or filled in during the eighteenth century. As a result, the areas north and east of Umarkhadi and Mazagaon were slowly settled in this period. However, the next major reclamation was due to the closure of the Great Breach north of Cumballa Hill in 1784 by the building of a sea-wall called the Hornby Vellard. The wall allowed reclamation of the Flats and supplied about 400 acres of land for the extension of the crowded inner city. The precincts of Mahalaxmi, Kamathipura, Tardeo and parts of Bycullah were settled. Used with permission from the Peter Anker Collection held in the Kulturhistorisk Museum at the University of Oslo, Norway.


Plate 5: View of the Breach Causeway.

The Breach Causeway at Mahalaxmi provides a picture of rural tranquillity set beside a flat sandy beach and a circle of calm water amidst the necklace of tidal islands that formed Bombay in the late C18th. The reclamation of the tidal flats would consolidate the area into unified whole in the C19th, but at the time of Wales' rendering of the scene there is a sense of idyllic simplicity.
In the immediate foreground, on the left of the picture, a massive Indian banyan tree rises to frame the picture and provides a commanding reference point. At the right edge of the picture there is a procession of small Indian and English figures moving along the road. In the foreground are three examples of local methods of transportation: a palanquin, a 'Bengal chair', and a myanna (or small litter suspended from a bamboo pole). The palanquin is being carried towards a long causeway at the centre of the picture. Among the dwellings, adjoining the village well and small sandy beach, Indian figures can be seen moving about their daily tasks. A man on horseback is riding towards the causeway.
Two canopied carriages, one of which is horsedrawn, can be seen moving along the roadway embankment. One is heading along Parel Road towards the ancient Mahalakshmi temple, a Hindu and Parsi shrine well known to the inhabitants of the Bombay islands, but not shown in Wales' landscape. The other carriage drawn by two bullocks and is approaching the village to the right of the picture. A small boat in a circle of calm water provides an offset focus to the centre of the image, while beyond, under a pale blue sky, the north-eastern horizon is punctured by the outline of the distant mountains.
This causeway or vellard, north of Cumballa Hill, was commenced in 1782 and completed in 1784 and became known as the Hornby's Vellard. It was one of the first major engineering projects aimed at transforming the original seven islands of Bombay into a single island with a deep natural harbour. The project was started by William Hornby (d.1803) during his governorship of Bombay from 1771-1784. The initiative was carried out against the wishes of the Directors of the Honourable East India Company (HEIC), but to great acclaim by the local inhabitants as it transformed the geography of the islands by opening up the marshy areas of Mahalaxmi and Kamathipura for habitation.
The primary purpose of the causeway was to block the Worli creek and prevent the low-lying areas of Bombay from being flooded by the sea. The causeway formed a crucial connection between north and south Bombay, thereby consolidating the central portion of the island thereby uniting the land north between Mahim and West Parel with the area south of Worli which was normally flooded at high tide.
The word vellard appears to be a local corruption of the Portuguese word vallado meaning 'barrier' or 'embankment'. All the Bombay islands were finally linked by 1838.
Macquarie Connection:
Lachlan Macquarie was familiar with the Breach area and in his journal on the 15 May 1790 he noted that:


"I spent this day very agreeably in a Party given by Mr. Page on the Breach water on board of a jung-Gaur, in which we dined and had a Concert." Used with permission from the Peter Anker Collection held in the Kulturhistorisk Museum at the University of Oslo, Norway.


Plate 6: View of the Breach from Love Grove.

The island of Worli was connected to the main island of Bombay in 1784, with the completion of the Hornby Vellard. Prior to this, Worli is known to have contained a mosque, the Haji Ali dargah, on a rock in the sea, connected at low-tide to the island by a natural causeway. There was also a fort and a fishing village to the north, close to the island of Mahim. This view shows the perspective from Love Grove Hill on the southern extremity of Worli looking towards the pinnacled Hindu temple at Mahalaksmi. This area became known as the Byculla Flats.
There is a romantic Muslim legend attached to Love Grove, on the right of the view. It concerns two drowned lovers, who today are commemorated in Hadji Ali's mosque.

The fort area and the older parts of the Indian town were extremely crowded by the beginning of the nineteenth century. The rich English and Parsi merchants had already moved to the new suburbs of Mazagaon and Bycullah. In 1796, the island of Colaba was declared a cantonment area, and civilians were refused permission to build there. As boat traffic to Colaba increased over the next few decades and many people perished due to overloaded boats capsizing, the need for a Causeway became evident. The Colaba Causeway was completed in 1838, and used Old Woman's island as a stepping stone to Colaba.
[Image] Map of Bombay (1846): (59 Kbytes)

The first Backbay Reclamation Company was formed during the boom years of the early 1860's, with the stated purpose of reclaiming the whole of Backbay, from the tip of Malabar Hill to the end of Colaba. When the American Civil War ended in 1865, a depression set in and land prices fell. The company went bankrupt and was liquidated. The government took over the narrow strip of land that had been created and gave it to the BB&CI Railways for the purpose of laying a line from Churchgate to their new terminus in Colaba.

The Backbay reclamation was a major fiasco. The real work took place on the eastern shore of Bombay. All the way from the Sassoon Docks in the south to Sewri in the north, land reclamation proceeded all through the second half of the nineteenth century and well into the twentieth.
The Elphinstone Land and Press Company was formed in 1858 to reclaim 250 acres of land from Apollo Bunder to Mazagaon, and a further 100 acres at Bori Bunder, to be given to the GIP Railways for building a the Victoria Terminus. The company went bankrupt with the 1865 crash, and their equipment, along with the already reclaimed land, was given over to the newly-formed Bombay Port Trust in 1873. By the mid 1880's the reclamations were complete, and wet and dry docks had been built.

The Port Trust continued its work well into the Twentieth century. Between 1914 and 1918 it completed building a dry dock and used the excavated earth to create the 22 acre Ballard Estate. In the meanwhile another ill-advised Backbay reclamation had gone the way of the first. However, this created the land on which one of the city's most well-known landmarks was built-- the Marine Drive. The Art Deco buildings west of the Oval Maidan also stand on land reclaimed by this scheme.
[Image] Map of Bombay (1954): (21.1 Kbytes)