When Bombay overtook Calcutta: A history of India's financial geography

When Bombay overtook Calcutta: A history of India's financial geography 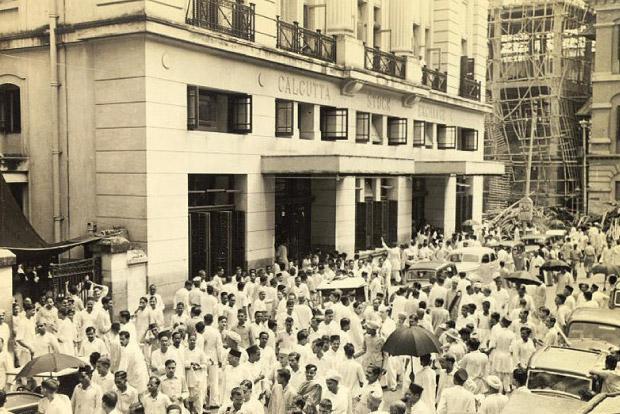 Photo: Wikimedia Commons
To the current generation of scholars of finance and economics, this question of when Bombay (now Mumbai) overtook Calcutta (Kolkata) would sound absurd. A competition between Calcutta and Bombay over financial domination? That was a thing?
Calcutta did not just compete but was once a much larger financial centre than Bombay. Older textbooks mention both Calcutta and Bombay as financial centres, with some preferring Calcutta over Bombay.
Charles Kindleberger, in his excellent 1974 essay The Formation of Financial Centers: A Study in Comparative Economic History, shows how major banks concentrate in political and commercial capitals leading to development of financial centres. Calcutta was not just the political but also the commercial capital of British. The trade volumes from Bengal were higher than Bombay for most part of the time period between 1871 and 1939. Click here for enlarge
Accordingly, when the East India Company decided to establish joint stock banking in their Indian colony, they started in Calcutta in 1806 followed by Bombay nearly 34 years later in 1840 (the one in Madras was found in 1843).
Just like trade data, the Bank of Bengal was also much larger than the Bank of Bombay for much of the history of the Presidency banks. This was mainly due to Bank of Bengal catering to a much larger population compared to Bank of Bombay. On top of this, more regions were accorded to Bank of Bengal compared to the two Presidency banks. 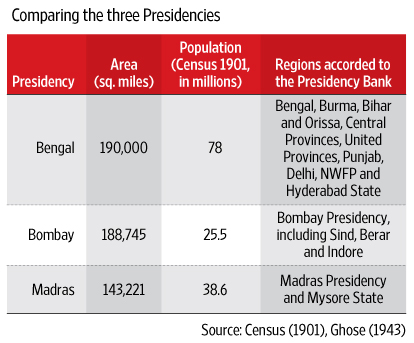 Click here for enlarge
Given the large population, the Bank of Bengal captured larger deposits as well. One indicator of importance in this case is the volume of government deposits, which were much larger in Bengal given it was the political capital as well. The dominance continued till 1913 but Bombay was slowly closing the gap, as we saw in the trade data. Click here for enlarge
Moving on from banking, we also see larger number of companies being floated in Bengal compared to Bombay. Nearly 45-50% of Indian companies were floated in Bengal compared to Bombay’s share of 13-15%. By 1918, Calcutta and Bombay controlled 43% and 40% respectively of rupee companies and 73% and 19% for sterling companies. This again showing dominance of Calcutta over Bombay, especially in sterling markets mainly due to tea companies. 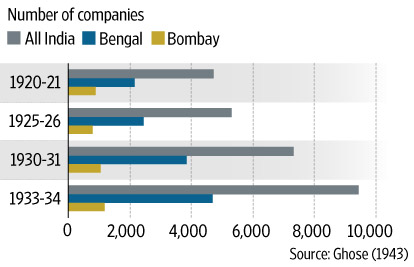 Click here for enlarge
In per capita comparisons, though, Bombay was better placed than Calcutta. This indicates the relative prosperity of Bombay compared to Calcutta. For instance, the Bank of Bombay collected four times more deposits per person than Calcutta. 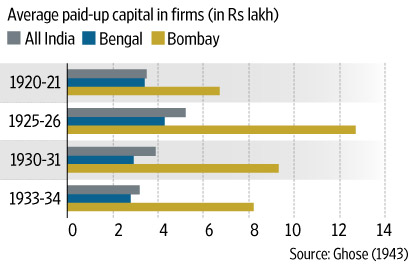 COMMENT:-
COMMUNIST RULE HELPED A LOT IN DESTROYING THE INDUSTRIES OF BOTH BENGAL  AND KERALA