Completed in 1864, the Flora Fountain was erected by the Agri-Horticultural society of Western India out of a donation by Cursetjee Fardoonjee Parekh. Built in imported Portland stone, but now defaced with white oil paint, it was originally meant to be named after Sir Bartle Frere, then governor of Bombay. However, the name was changed before the fountain was unveiled. It stood in the center of the town as it then was. Now this area is the heart of the business district of the town 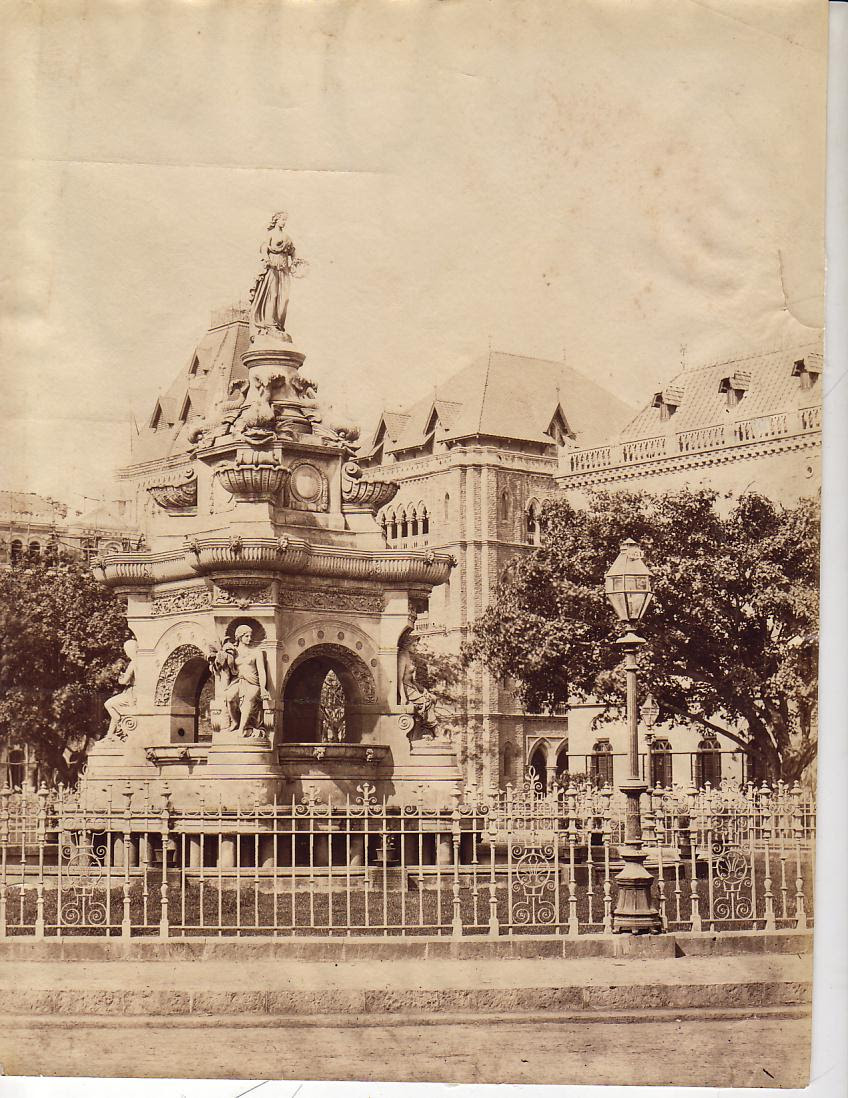