STORY OF ICE AND ICECREAMS IN BOMBAY

Ice cream was invented in China around  2000BC
when the Chinese packed a soft milk and rice mixture
in the snow.
In the Persian Empire, people would pour grape juice concentrate over snow - in a bowl - and eat this as a treat. In particular this was consumed when the weather was hot. Either snow would be saved in the cool-keeping underground chambers known as "yakhchal" or taken from fresh snow that may still have remained at the top of the mountains
Persian faloodeh.
In 400 BC, the Persians went further and invented a special chilled food, made of rose water and vermicelli which was served to royalty during summers. The ice was mixed with saffron, fruits, and various other flavours.
The Roman Emperor Nero (37–68) had ice brought from the mountains and combined with fruit toppings. These were some early chilled delicacies

..Arabs were the first to use milk as a major ingredient in its production. As early as the 10th century, ice cream was widespread amongst many of the Arab world's major cities

Mughal emperors used relays of horsemen to bring ice from the Hindu Kush toDelhi, where it was used in fruit sorbets

In 1843, Nancy Johnson of Philadelphia was issued the first U.S. patent for a small-scale handcranked ice cream freezer BOMBAY:-ICE CAME TO BOMBAY VIA SHIP FROM U.S.A IN 1833
In 1833, fellow Boston-based merchant Samuel Austin proposed a partnership for selling ice to India, then some 16,000 miles and four months away from Massachusetts. On May 12, 1833 the brig Tuscany sailed from Boston for Calcutta, its hold filled with 180 tons of ice cut during the winter. When it approached the Ganges in September 1833, many believed the delivery was an elaborate joke, but the ship still had 100 tons of ice upon arrival. Over the next 20 years, Calcutta would become Tudor's most lucrative destination, yielding an estimated $220,000 in profits.

large crowd of natives gathered at the wharf to witness the unloading of these
"crystal blocks of Yankee coldness."
One of the Indians braved to touch a piece of the ice, and, believing that he had burned himself, wrapped his hand in his robe and rushed away followed by a number of the alarmed onlookers. At another time, a native was supposed to have asked Captain Codman,
"How this ice make grow in your country? Him grow on tree? Him grow on shrub - how he make grow?" 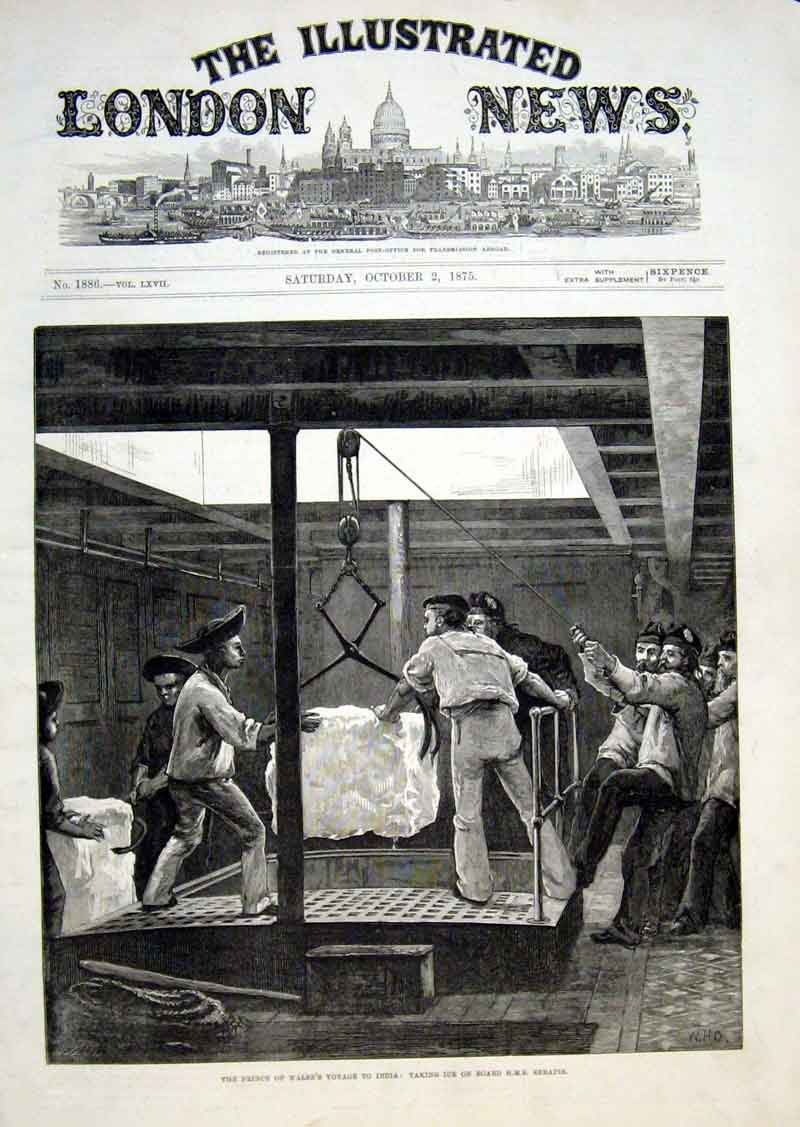 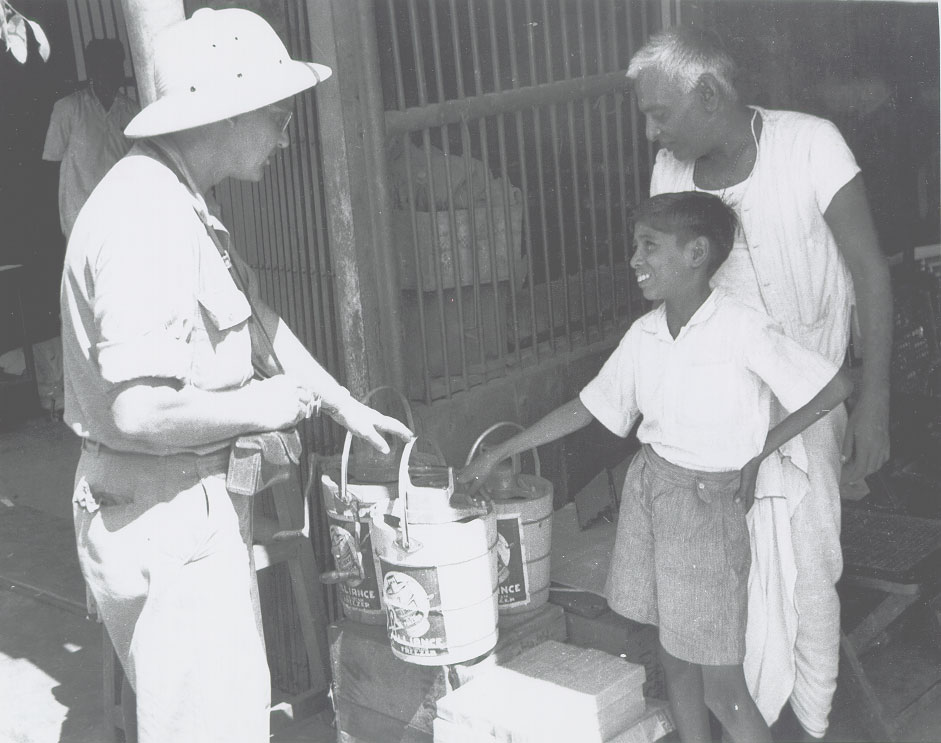 Developed for home use in 1848, the traditional crank ice-cream freezer employs a metal dasher inserted into a metal cylinder full of ice-cream base, which is placed in a bucket filled with a rock-salt and ice mixture (brine). The hand or motor-cranked dashers turn around in the ice-cream mixture as it freezes, preventing ice crystals from forming and ensuring a smooth, creamy final product. 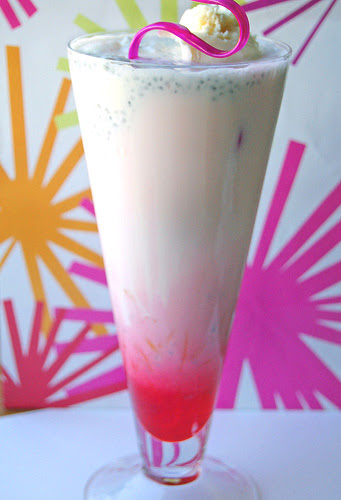 K Rustom’s
For over five  decades, this Parsi-owned Churchgate institution has been serving delicious, moderately priced ice cream. Where else do you get a scoop of pineapple ice cream in a cone for Rs 15? The low prices are a commitment to the vision of the man who started the establishment. He is said to have been a socialist who believed in ice cream for the masses.Rustom’s rundown  looks haven’t deterred its legions of fans, who throng the place every evening to wolf down its range of fruit squashes, ice creams sandwiched between wafer biscuits, and the large selection of ice creams, including the seasonal favourite, fresh mango

dinshaws
Dairy Foods Limited.
With Dinshaw's, a brand and dinshaw ice cream founded by  Dinshaw Rana in the 1920s;in Bombay

ICE CREAM COMPANIES WHICH STARTED AFTER 1950:-

Kwality, the original Indian company, was founded in 1956, and was the first in the region to import machinery for the mass production and sale of ice cream on a commercial scale.

In 1995, in view of the growth potential of the frozen confections market, Kwality entered into an agreement with Lever

{Ranchod, who ran a one-man show, and, with a hand-cranked machine, started a small retail outlet in 1926. What was started in 1907 by Vadilal Gandhi has now turned out to be third-largest ice-cream brand in India,}

Brand Vadilal firmly established itself in the early 1960s. With the entry of Vadilal’s grandsons, the Gandhi family decided to ramp up operations and incorporated the company in 1961. Before introducing automatic machines around 1960,

https://m.economictimes.com › Industry › Cons. Products › Food
Jan 13, 2010 - Brand Vadilal firmly established itself in the early 1960s. With the entry of Vadilal's grandsons, the Gandhi family decided to ramp up operations and incorporated the company in 1961. Before introducing automatic machines around 1960, Gandhi family used to manufacture ice cream in wooden drums called Kothis.

Credits: ©2013 Solaripedia
A Persian ice house, or yakhchal, is an ancient passive refrigerator allowing the storage of ice in the deserts of Iran. Ice was collected in winter and stored in the ice house where it was kept cool in summer by the domed shape and thick walls made from a special mud called srooj, composed of sand, clay, egg whites, lime, goat hair, and ash, which was resistant to heat transfer. Ice-houses are believed to have been used in Iran as early as two thousand years ago (although textual archaeological evidence dates only to the 17th century) and have been employed as recently as 50 years ago.

Ice houses in Iran were designed so that in winter, the qanat (conduit) water would be channeled to the north side of the wall of the ice house, whose shade made the water freeze more quickly, increasing the ice formed per winter day. This diagram shows a cross-section of a typical ice house. ©2013 Unknown
The traditional yakhchal were built at villages on the perimeter of the large deserts on the Central Plateau. Their cone-shaped domes, up to 20 meters high, cover a large open pit for ice storage. The dome is constructed of mud and mud bricks from the excavation of the deep ice pits. An opening at the apex of the dome allows any heat or moisture to escape, and the deep pit uses the ground to moderate the temperature. The ice was either hauled in from nearby mountains or lakes, or produced in open basins at the ice house site.
Such local ice production plants were typically supplied with fresh water from qanats, the ingenious water supply tunnels that brought water for human settlements and irrigation from the distant mountains. A qanat is a series of well-like vertical shafts, connected by gently sloping tunnels to create reliable delivery of water for human settlements and irrigation in hot, arid and semi-arid climates.
For local ice production, the qanat feeds a long, shallow channel dug on the north side of the ice house; an east-west wall shades the channel to make the ice form more quickly. During winter, water would fill the channel and freeze during the night. Before the sun rose, the ice that had formed would be broken and collected and moved to the ice house. This was repeated each night until there was enough ice to last the next summer. Then the ice was stored and packed with insulation such as straw or sawdust in the naturally cooled yakhchals. It would remain frozen for many months, often until the following winter, and could be used as a source of ice during summer months.
In many ice houses, the large underground spaces with thick insulated walls were also cooled via wind towers that draw cool subterranean air up from the qanat to maintain lower temperatures inside, even during hot summer days. As a result, the ice melted slowly and was available year-round.
The ice houses have gradually become obsolete with the advent of electricity and the introduction of the electric refrigerators. Because they were made of perishable materials, most of the ice houses have disappeared and the rest are facing a grim future.
More than a hundred ice houses can be found all over Iran, but they are disappearing. Engineer Hemming Jorgensen researched and catalogued Iranian ice houses in 2010 and found, registered and mapped 129 ice house sites, including domed (111 examples), walled (6) and underground ice houses (12). They were situated at villages (104), at towns (13), and at caravansaries or forts (12). Of the total of 129 ice houses, 71 have or had an associated open-air ice-making plant, and 58 were simply storage facilities.