Mumbai: No light at the end of MMRDA twin tunnel

Mid-Day‎ - 11 hours ago
For more than a week, the lights and ventilation equipment inside the twin tunnels in ...

No lights inside Eastern Freeway Tunnel for almost a week. Pic/Shadab Khan

×
According to commuters, streetlights before the 580m long tunnel begins from the Wadala-end are also not functioning, making the entire stretch prone to accidents.
Navi Mumbai resident Sahil Shah, who regularly takes the freeway to work, said, “I travel very late in the night after work and it becomes very risky to navigate the freeway because none of the lights on that stretch have been working for at least the past seven days. It’s pitch dark inside and even the ventilation system doesn’t seem to be working, as it’s really stuffy inside the tunnel. The problem is that even driving slow inside a tunnel is dangerous, but it’s so dark one needs to tread carefully.”
The blame game
On being contacted, MMRDA, however, said the BMC is responsible for fixing lights on the freeway. MMRDA joint project director Dilip Kawatkar said, “We have handed over the entire eastern freeway project to the BMC, but even if it under the Defect Liability Period, it is BMC’s duty to follow-up with the contractor.”
Speaking to mid-day on condition of anonymity, a senior civic official from the BMC said, “Yes, there are some technical issues with the lights on the eastern freeway. The civic body has requested the service providers (Reliance Energy) to get the problem fixed at the earliest.”
================================================

timesofindia.indiatimes.com › City
Feb 6, 2015 - The idea is to have a 14-lane connectivity that will include six lanes ... The proposal had languished for the past four years for want of ... the underground tunnel for the bypass road will have to be built 180 metres below the Lonavla lake. ... Traffic on NH4 hits the Mumbai Pune expressway from the Khopoli ... 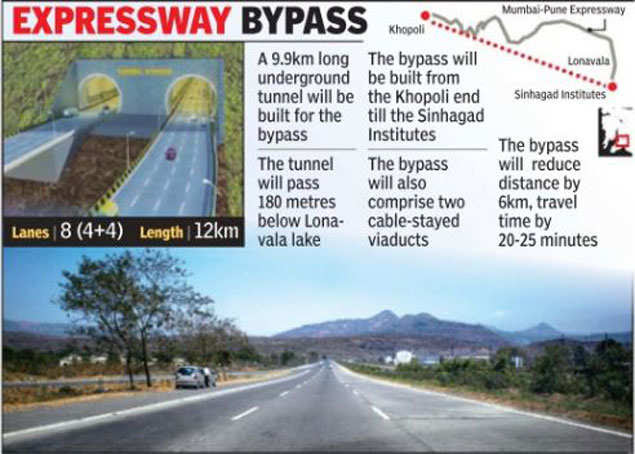 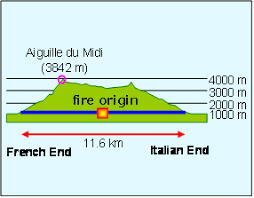 The roadway slab and the ducts beneath are reinforced concrete structures. However, the 0.5 m thick tunnel lining was pure concrete without reinforcement. 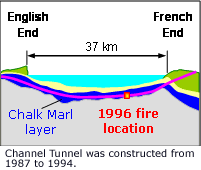 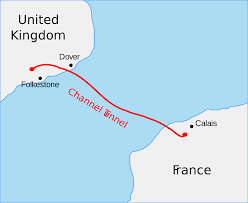 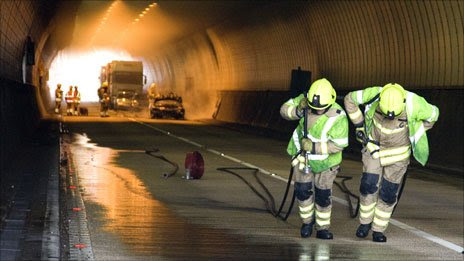 Photo credit: http://www.bbc.co.uk
We recently published a guest post about emergency evacuations from our colleagues at Graphic Packaging that mentioned the Mont Blanc tragic tunnel fire. Shortly after we published the blog, I had the opportunity to attend an SFPE webinar that focused on the fire protection design considerations of road tunnels, and I thought I would share a few highlights.
The webinar was presented by David Barber, Global Fire Engineering Leader, with Arup in the Australian Region. Mr. Barber began the webinar by stressing that fire safety is often a complex problem in tunnels and that the goals of fire safety design are twofold:
From 1995 to 2006, over 300 lives have been lost in tunnel fires. In addition to the Mont Blanc fire, where 39 lives were lost, here are a few other fatal tunnel fires that occurred between the years of 1995 and 2006:
These unfortunate accidents resulted in fundamental changes in tunnel design and have allowed fire protection engineers to play a more significant role in the entire design process. By incorporating a greater use of performance-based design solutions and risk-based analysis, fire protection engineers can help achieve tunnel design goals that often include the reduction in the likelihood of accidents and fires, the reduction of evacuation time, provisions for firefighter and emergency medical services (EMS) intervention, and provisions for business continuity.

When designing fire protection solutions for road tunnels, Mr. Barber suggests asking the following questions:
In addition, fire protection design for tunnels should not only focus on the prevention of fires, but also on the evacuation of occupants. Self-evacuation of occupants is critical for life safety. Designs must include a robust solution for self-evacuation that can include: spacing between exit doors; emergency lane width; auto detection systems; alerting through overhead signage, texts, and/or radio; directional distance signs to exits; clear exit signs; lighting; help points; emergency phones; smoke control; and suppression systems.
Smoke hazard management and smoke control systems play a huge role in offering tenable conditions for occupants to evacuate safely by providing positive airflow that limits the spread of smoke and allows for the extraction of smoke and heat. Tools like Computational Fluid Dynamics (CFD) models can be used during the design phase to better understand options for ventilation control and smoke hazard management, as well as to better determine critical velocity.

What about Fire Suppression Systems in Road Tunnels?

While fire suppression systems have been undoubtedly effective and efficient in the built environment, there are concerns when it comes to their use in road tunnels. According to Andreas Haggkvist in an article in Fire Protection Engineering, those concerns include: hindering the evacuation of occupants by the generation of steam that may cause injuries; difficulty in suppressing a fire that starts in an engine; and the potential for petroleum fires to continue to produce combustible gases after being extinguished that can create an explosive environment.
Despite these concerns, newer approaches to fire protection design are taking advantage of the use of suppression systems to protect the structural performance of road tunnels. Mr. Barber sited the Burnley Tunnel fire in 2007, where the deluge system activated instantly; helping firefighters to keep the fire under control and minimize structural damage, which allowed for the tunnel to reopen four days after the fire.

The Road to the Future

While road tunnel design has improved and evolved throughout the years, fire protection engineers still have a lot of work to do. Mr. Barber concluded that further testing is needed, including large scale testing, in regards to suppression systems, structural protection, occupant egress, and communication and control methodologies, and the influence of these factors on design strategies.
By Jeff Harrington, CEO and Founder of Harrington Group, Inc.

World: Europe Tunnel fire kills 30. Charred wreckage: All that remains of vehicles caught in the blaze 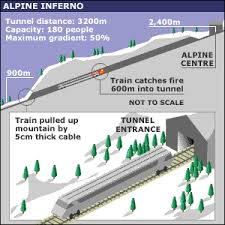 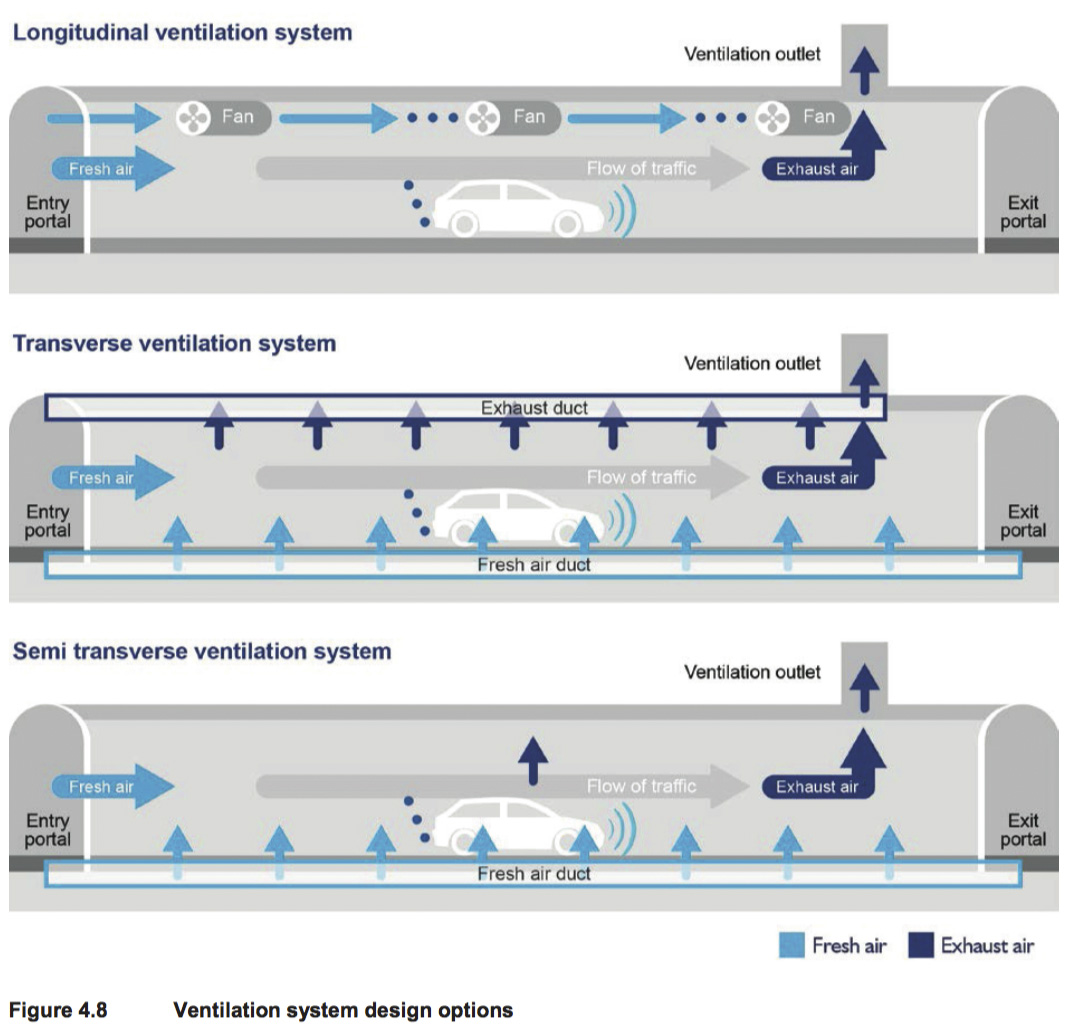 Switzerland: Exclusive journey of discovery Into the longest train ...

Switzerland: Exclusive journey of discovery Into the longest train tunnel in the world

After a year's wait, Bandra-Versova sea link project back on table | The ...

indianexpress.com › Cities › Mumbai
The Bandra-Versova sea link is a northwards extension to the Worli-Bandra sea ... Worli to Bandra – The sea link was constructed on a cash contract model and ... with AAP's allegation of a political vendetta in the arrest of its MLAs? Yes No

www.dnaindia.com/.../report-mumbai-versova-bandra-sea-link-better-alternative-for-...
May 23, 2016 - Although the Versova-Bandra Sea Link seems to be a better option for the western ... People You Had No Idea Existed, You'll Be Shocked! ... You won't believe how much money was spent on Ranveer Singh's 'My Name Is ...

'Will not build Bandra-Versova sea link without Centre's help' | mumbai ...

www.hindustantimes.com/...bandra-versova-sea-link-without.../story-crEGqSlgnQXN...
Dec 5, 2014 - The future of the Rs 5975-crore Bandra-Versova sea link project seems ... The chief minister is expected to talk to the Centre about the funds .. 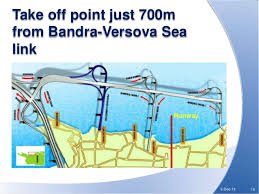